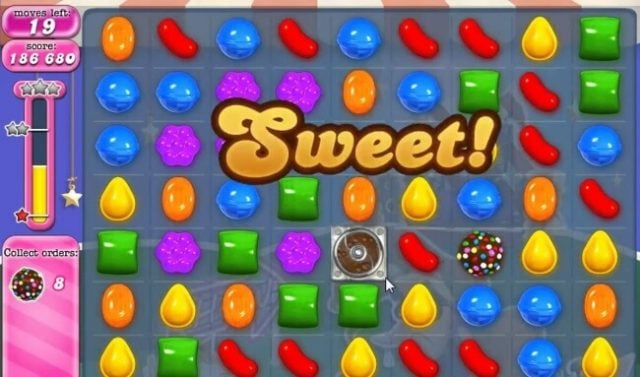 A senior executive with video games creator King, the product owner of the popular mobile-first game Candy Crush, recently made the shocking revelation that one of its players had spent $2,600 on in-game purchases on a single day. King executive Alex Dale recently gave evidence before a UK Parliament committee as part of the committee’s investigation into the addictive and immersive nature of certain video games.

Dale asserted that Candy Crush does not fall into the category of dangerous or addictive, despite the fact that the player in question had spent a small fortune in an attempt to gain an advantage or edge in a mobile video game. Candy Crush’s virtual currency is sold in the form of what is referred to as gold bars. Gold is the official tender and may be used to purchase in-game advantages in the form of currency units and other in-game assets.

Dale also elaborated on his statement that the player’s action isn’t in any way considered to be mentally unstable or unhealthy as the purchase was made following a “rational decision” on the part of the player. Dale based his statement on the fact that the gold bars were purchased with the intention of using the currency over the course of a number of months following the transaction.

Dale: No Real Cause For Concern

Dale also provided specific statistics about Candy Crush player behaviour. According to the executive, Candy Crush enjoys the patronage of roughly 270 million players. Of the 270 million, said the executive, only 2 or 3 players on average (on a monthly basis) end up contacting the game’s administrators in an attempt to report either too much time or too much money spent on the application. This is according to Dale, a minute percentage, and a clear indication that there isn’t any real cause for concern in terms of addiction or unhealthy behaviour.

Dale also claimed that Candy Crush had in the past sent message alerts to players found to have spent in excess of $250 per month on in-app purchases. According to the executive, players became annoyed with the messages, saying that they were responsible enough to only spend money that was available to spend.

Chair of the investigative committee, MP Damian Collins, said after the testimony that what had been lacking from the statements made had been a sense of social responsibility towards players. Collins said that in his opinion, King wasn’t in any way interested in how the game was affecting its players, but instead had become comfortable on relying solely on players’ ability to recognise within themselves problem behaviour. What Collins’ deduction came down to was that the developer preferred players to keep on playing and spending, regardless of the consequences, and this meant more income for King.

The commission has heard similar testimonies from top executives associated with Epic Games (Fortnite), and EA (FIFA, GTA) in an attempt to compile an informed opinion about in-game purchases and loot boxes. Loot boxes have become a hot topic of contention in countries all over the world. The controversy was made all the more prominent by the World Health Organisation recently having added “gaming disorder” to its official list of mental illnesses.