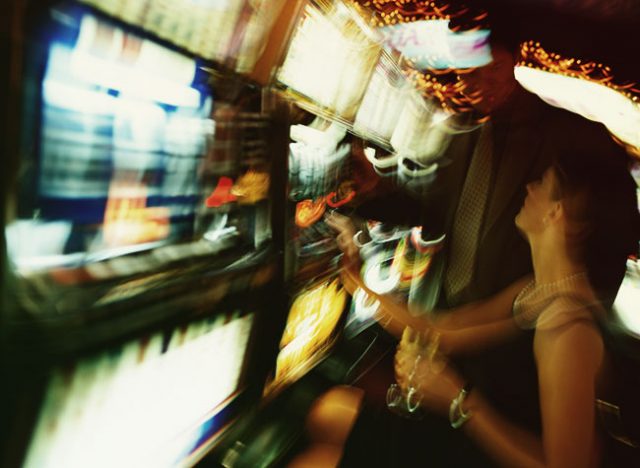 Each year, millions of Canadian locals indulge in some action-packed slots entertainment. Slot machines in the country have paid out countless hefty jackpots over the past few years as well – although, most experts are firm on the fact that the odds of winning big on one of these machines are quite slim. In fact, you might find better winning odds at a game table in Blackjack or Roulette.

Researchers have long studied Canadians’ gambling behavior, and have noted that even though some slots carry warning labels, local players still continue to play them. Two professors from the University of Waterloo have conducted a research project on machine jackpots, starting by studying the players who used the gaming terminals.

The researchers discovered that slots often ‘trick’ people into thinking they are winning, even if they are technically losing. As an example, the scientists noted that many machines have flashing lights and celebratory music that plays even during near misses, which could be encouraging players to spin again in the hopes that they were close of landing a juicy prize.

Techniques like these appear to make players believe they are winning more money than they are losing, which of course is not the case. The study found that players reacted similarly to a near-miss as they did to a win – an overestimation that prevented them from realizing how much they had lost until they had completed their gaming sessions.

Players also seemed to think that near misses meant that they had gotten closer to winning. In actual fact, however, this is merely an illusion, as each spin operates independently to another and its outcomes are totally random.

After their study, the professors opted to place warning labels on a handful of machines. They wanted to ascertain whether or not players would stop and think twice about playing before sitting down. The labels, which resembled food labels, told players about the winning history of each game, including the size and frequency of its payouts. They also offered info about how often a bonus round would be triggered, along with the payout percentage available.

After placing the labels, the scientists continued to study gamblers, finding that despite the warnings, players continued to gamble at similar rates. They also interviewed players, discovering that they are actually well aware of the odds and risks, and that they had all thought they were going to hit the next jackpot and that the ‘rules’ of slots did not apply to them.

Some people even noted that they had not seen the labels, despite them having been placed in clear sight. The professors furthermore found that in the small fraction of players considered to be problem gamblers, warning labels and any other amount of showing them the odds played no role in their choice to gamble, even while facing overwhelmingly poor odds of winning big.