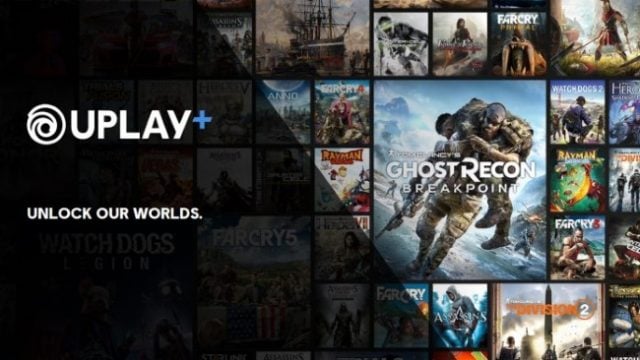 French video games publisher Ubisoft, responsible for top hit franchised titles like Assassin’s Creed and Tom Clancey’s Rainbow Six, is the latest big games corporation to have joined the subscription service movement.  Uplay+ will include upcoming games titles as well as access to the company’s older portfolio of games. The service will function as an all-you-can-play type service and a single fixed monthly premium of $14.99 gets you in on all of the gaming action that you can possible handle thanks to the 100+ top titles that will be available on the platform.

Ubisoft recently revealed Uplay+ at E3 and said that the service would function as an independent stand-alone. At first, only PC gamers will be able to download the games. Its not yet certain whether consoles will come into play at a later stage. But with that having been said, its been confirmed that players will also be in a position to access the service via Google’s Stadia. This will in turn allow players to access the service from a variety of platforms and screens.

The new service is being rolled out in an effort to keep up with the changes that are currently taking place in the video games industry, says Brenda Panagrossi, who is Ubisoft’s Vice President of Platform and Product Management. Panagrossi said that the focus was on providing more freedom and ease of access to content to Ubisoft’s players.

Some of Ubisoft’s popular titles that will be made available on the platform on date of launch include Far Cry 5, Beyond Good & Evil, Anno 1800, Silent Hunter and Assassin’s Creed Odyssey.

Others Are Doing It Too

But Ubisoft isn’t the only games corp to have embraced the subscription service way of doing things. Electronic Arts, or EA, has been offering access to older games titles as well as new releases at a fixed monthly premium since 2014.

It too, started out as a web-based service, but earlier this year, EA successfully rolled out the subscription-based platform to console gamers via the PS4. Sony and Microsoft both offer subscription games services to their players and it’s becoming a very popular style of rounding up the games market.