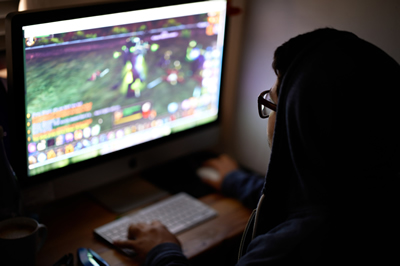 Make way for a great new online slots game from the Microgaming software giant. With 243 ways to win and 5 reels, this is one of the online casino games that is sure to become a classic and favourite of online casino players all over the world. Read on and enjoy the ultimate Break Away online slots review to date!

Hockey fans, hold on to your chairs, this slots game is going to seriously blow your mind. This is certainly not just another hockey online or mobile slots game, Break Away combines the special features of the ice hockey game such as the game play, the rink, the game officials and of course the players with thrilling, cutting edge technology and extraordinary visual and audio affects.

As you can imagine, the symbols of the game embody all that is good and exciting in the game of ice hockey and they include the hockey players, the goalie, the ref and of course all of the hockey paraphernalia that is such an integral part of the game such as the skates sticks, pucks, masks and even a zamboni!

As mentioned above, Break Away is a 243 ways to win slots game. What this means is that players have the opportunity to win a payout when three matching symbols appear anywhere on the reels. This greatly increases the player's opportunity of winning a payout. The jackpots that can be won range from 500 coins in the base game to 125,000 coins.

To add to the festive feeling, after every win the symbols will come alive and partake in a short, animated video before disappearing. The rolling reel feature has been integrated into this slot game so that every time you have a winning combination, the winning symbols will disappear and new symbols will appear in their place, giving you even more winning opportunities.

The Break Away logo is the wild in this game. The wild symbol substitutes for other symbols to create more winning opportunities. The wilds are stacked on reels three, four and five for guaranteed wins.

The wild feature in the game of Break Away has an additional surprise, the smashing wild bonus. Break Away has taken the wild feature one step further and offers the player not one but three smashing reels. This feature is triggered randomly when two opposing hockey players smash into reels two, three and four, they will then turn the whole reel wild.

The scatter symbol also holds some additional surprises in store. Not only do three or more of the scatter symbols result in a payout, they also award the player with up to 25 free spins. During the free spins bonus, the rolling reels are also enabled and up to ten times multipliers can be won.

The Break Away online slots game is certainly not just another ice hockey game for ice hockey fans. This is a fast and furious top of the line slots game with an exciting fast game play and many additional extras. The vibrant graphics of the game also increase its appeal and add to the thrill of the game.

The scatters and the generous multipliers, the stacked wilds and the smashing wilds help players win in 243 exhilarating ways. This is why the Break Away slots game is not just for hockey fans but for any players who appreciate a great slots game with some really big payouts, randomly triggered bonuses and many additional extras.

The game can be enjoyed at both the online as well as at the mobile casino and the coin denominations range from 0.01-0.10 making this the perfect choice for every player at the online casino.