Digital Era Dawns For Board Games 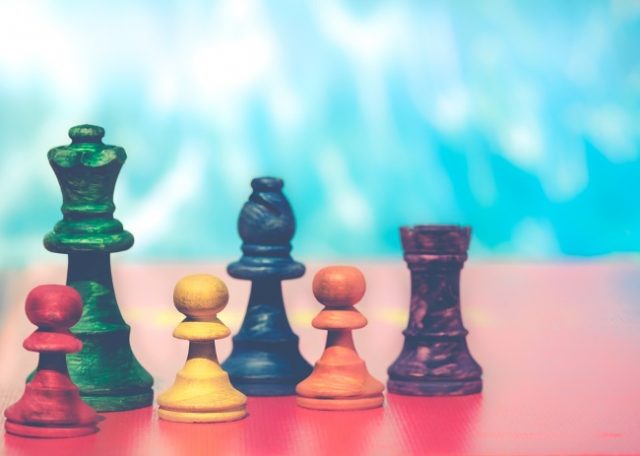 Gen Con is board games heaven. And this year’s annual board gamers’ conference really struck a chord with tech-lovers too. The transition from analog to tech has been a slow one in the board games department but judging from the cool gadgets that were on display at this year’s convention, the games of the future will in all likelihood look quite different when compared to typical Monopoly-style boards and pieces.

With that having been said, many consider board games to be a welcome break from a high-tech driven world and what with robot-tech having infiltrated everything from our office space to our modes of transport, it’s probably best to try and preserve some of the more classic elements of gaming around the old kitchen table.

Even so, an exciting tech-tweak here and a bit of AR play there definitely won’t hurt.

Mattel’s Pictionary Air, previously shown by the toys giant at the annual Toy Fair in February, is a fresh new take on the old drawing and guessing game. Instead of drawing the words to be guessed at by friends on a piece of paper, the person doing the drawing is now doing so in mid-air.

It’s all made possible thanks to the magic of Augmented Reality (AR) technology. Whatever is drawn mid-air is projected on a special screen and then transmitted to a central television unit or even to the individual cell phones of the rest of the group. A big part of the fun is catching a glimpse of one’s own creation and scribblings on the special AR screen. In many ways, the high-tech nature of the AR version of the game somewhat evens the playing field as some people may be more talented at drawing than others, but most people are 100% new to the skill of drawing on air!

Klask – A Game Of Magnets

And then there was also Klask, a game so non-tech that it instantly takes you back all the way to the simplicity of a pre-tech era. In fact, the only elements even vaguely progressive in terms of tech or functionality are the magnets. Klask is basically a form of air hockey, with the goal being to whack the little plastic ball all the way over the playing board and into the opponent’s goal.

But it does get slightly trickier than would typical air hockey because there are many obstacles to be navigated on the way, including getting stuck in the obstacle course of magnets situated at the centre of the board.

But then again, what is a board game without a challenge?

Enjoy ALL your favourite games online. Sign up at a Canadian casino!