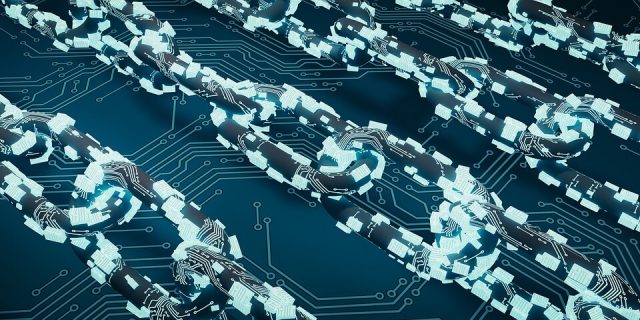 The world of gaming is focused heavily on Blockchain technology at the moment – but what does this mean for the industry and its future?

Plenty of news agencies have been speculating on the futures of cryptocurrencies like Bitcoin and Ethereum in recent times, but there tends to be a lack of examination of the technology that supports these services.

Blockchain is not particularly well known as a mass-market tool, but that has not stopped the global gaming community from starting to use it as an ideal catalyst. Developers have already begun to integrate Blockchain into their gaming software, and new ‘token’ cryptocurrencies are powering an entirely new generation of spending power, which is a large part of why operators are so excited for its future.

This form of technology has dozens, if not hundreds, of potential real-world applications, and developers have long mulled its use in a dizzying range of contexts from political elections to supply chains. The tech has very few technical limitations as well, which works to its own advantage and the advantages of those using it, too.

Despite all of this, however, adoption of the technology has still been relatively slow. None of the sectors in which Blockchain frequently appears have had enough power to push the tech into the everyday lives of consumers across the globe. A lack of understanding from the public of how it works could be fueling this, but there is also the simple fact that no new problems have arisen that only this specific innovation could resolve.

It is for these reasons that gaming could be the perfect potential catalyst for Blockchain’s international spread. Often utilized as a stepping-stone to in-game buying power, and eventually gambling, the industry is enjoyed by millions of people on a global scale. Even more importantly, players are likely to have a better understanding of the technology than other laypeople, and could help to integrate it into society through simpler and more tangible explanations.

All the Right Factors at Work

The gaming sector’s potential to provide the ideal platform for Blockchain has all the right factors in play: a larger target audience, more tech-savvy members, and a pool of players that welcomes innovation and change. The technology is, in fact, already starting to take hold in gaming for these reasons, although it remains to be seen whether it does take off to the extent that it is able to.

Currently, China and the USA are the two largest Blockchain gaming markets, with an entire audience estimated at around 2 million at the time of writing. Around 650 games on the market have also been built on the software – and with such a widespread availability, analysts are expecting that it won’t be long before the industry begins to shift more noticeably towards the incredibly versatile innovation.

If winning big sounds good to you, get playing! Canada’s top casinos are waiting for YOU