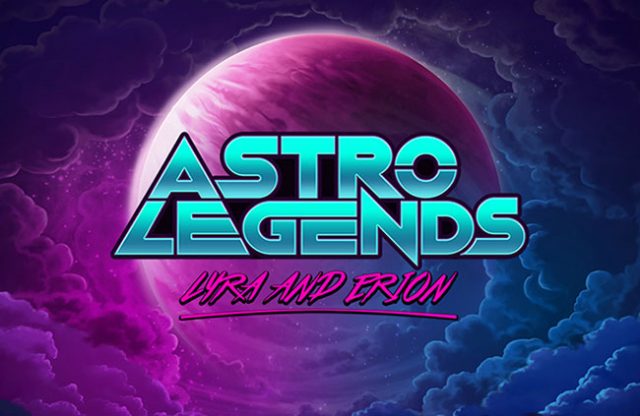 Developed exclusively for Microgaming by the Foxium team, Astro Legends: Lyra and Erion is a refreshingly neon slot with plenty of action to share.

Officially launched for desktop and mobile on Wednesday, 21 November as part of an exclusive supply deal with Foxium, the new title allows players to embark on a stardust-sprinkled journey through the galaxy – complete with an 80’s-style synthwave aesthetic.

Astro Legends is a game with a cluster format that is based on its two titular characters, Erion and Lyra. The pair has been brought to life using exceptional 3D graphical models, and partake in gameplay across a series of gorgeous luminescent backdrops. As a player, you’ll be treated to a memorable synth soundtrack inspired by the sci-fi kings of old, which also changes at various stages to create an engaging and mesmerizing gaming experience for all.

The slot’s story also incorporates a handful of innovative features and a completely unique gameplay style that takes place on a gem-shaped reel set. The set is constructed out of 22 crystalline cells that contain a slew of unique symbols, including various crystal formations and glowing poker card symbols.

On the bonus side, Astro Legends shines with its array of multiplier wild symbols, high stakes re-spins, and a creative pick-me round that offers rewards across multiple immersive levels. Punters will also stand the chance to experience the thrill of winning 15,000x their stakes in the Sonic Respin feature, which can be activated at random by landing a cluster win with matching symbols. The feature also incorporates wild multipliers, which appear randomly to boost players’ prizes by between 2x and 5x their value.

According to Åke André, the CEO of Foxium, the brand new slot will thrill when Lyra shapeshifts into her spirit form in the Lyra Spirit Pick ‘Em bonus round. Here, he said, players can choose from three different lanes and lines to run to freedom across multiple levels, picking up gems and delightful wins along the way. If they complete the round successfully, he revealed, a 20x multiplier will also be added to the mix to deliver out-of-this-world rewards.

In André’s words, his team is thrilled to have released Astro Legends: Lyra and Erion exclusively to Microgaming casinos. He added that the slot boasts fantastic graphics and dynamic, story-driven gameplay that will excite, engage and thrill everyone from amateurs to seasoned punters alike.

Microgaming’s David Reynolds also offered his thoughts on the launch, saying that the game has a great Real-Time 3D character-rendering module combined with a fantastic soundtrack to create an entertaining and immersive atmosphere. He also added that the unique reel design adds to the thrill of the Sonic Re-spin feature, which is triggered through an ‘engaging collection mechanic’, which will boost player retention and enhance Microgaming’s diverse library even more.