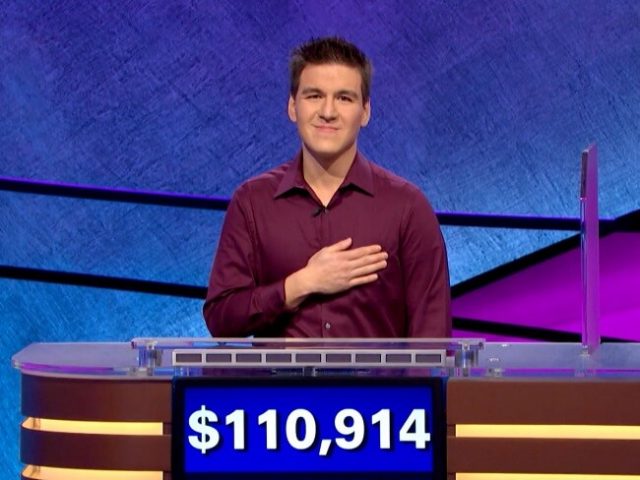 Professional sports bettor James Holzhauer is a man well acquainted with a simple truth and the mantra of many a pro-gambler: the size of the win will always be directly proportionate to the size of the risk. The Illinois native made history last week when he smashed the single-game record for winnings on the popular television gameshow Jeopardy! 22 minutes was all it took for Holzhauer to rack up winnings to the tune of $110,914.

So far, the bettor has managed to pocket $244,365 in total Jeopardy! winnings, with the latest win his biggest to date. He smashed the previous record set up by Roger Craig. In 2010, Craig won $77,000 in a single Jeopardy! game.

For The Love Of Betting

But how did Holzhauer manage to work his magic, and just how much did his sports betting experience have to do with it? Just about everything, judging by the looks of things as well as by his own admission Holzhauer made it big by going all-in on the game’s Daily Double squares. This particular round allows contestants to go all in by putting their entire bankroll of winnings up until that point on the line for a chance to double it all up. A correct answer means double your money; get it wrong, and you leave with nothing.

This is where most players opt out for the simple reason of not being used to having a large sum of money in their bank accounts. Afraid of losing it all, they willingly choose to forfeit the opportunity to double their winnings instead. Holzhauer, on the other hand, is by this time quite used to winning some and losing some, being a sports bettor by profession. This is quite likely what gave him the edge and the gal to risk it all in one go.

Our man hit the first Daily Double challenge and wagered $14,600. He answered correctly and decided to give it another go. This time round, he bet $25,000 and again answered spot-on. Obviously not one to shy away from a challenge or an opportunity to win big, Holzhauer went for a third time lucky and opted in on the Final Jeopardy Challenge. He nailed the third and final answer too, bringing his total in winnings for the day and for the game to a whopping $110,914.

Proof that it really is better to hold them than to fold them. According to Holzhauer, playing on the popular gameshow has been a dream of his for a very long time. Not only has he realised his dream; he’s also eternalised his name in the show’s history.

If you’re looking for big JACKPOT wins, sign up at a Canadian casino ONLINE!