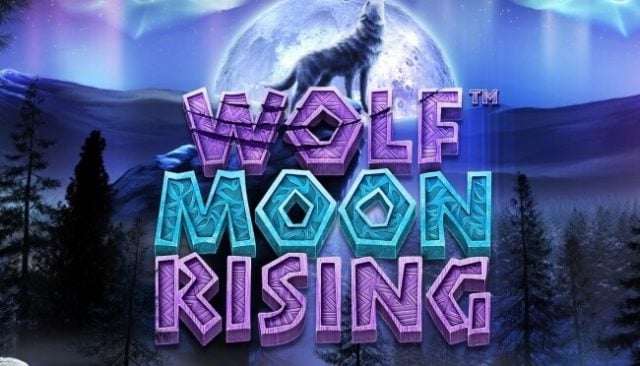 Casino games developer BetSoft Gaming is going free and wild on the double with the release of its latest slot. Wolf Moon Rising is a celebration of rewarding slot features and the developer has gone all out to ensure fantastic gaming and big rewards. The focus is yet again on the wild symbol, which ties in rather nicely with the title and general theme of the slot. The game is compatible with all standard and mobile operating systems, which obviously means no-interruption play and enjoyment.

Wild Moon Rising features 25 fixed paylines. The bet-options vary wildly too, and so the result is that anyone will be able to play, even those players on a tight bankroll budget. As mentioned before, wild is the name of the game this time round and a variety of wild-based mechanics have been incorporated into the latest BetSoft release. A simple example of the nature of the high-reward system is the fact that during the base game, a bet has the potential of being multiplied all the way up to x20,196! Now that’s multiplication wild magic right there!

Being the true star of this particular show, the concept of the wild symbol enjoys a lot of coming to the forefront. The wild symbol is without a doubt the star of the Wolf Moon Rising show. For starters, it’s possible to land a combination of 5 of the game’s wild symbols on a single payline. When this happens, the player is immediately awarded a 10,000x multiplier of the current bet.

The match-up wild possibilities are endless and in addition to the 5-combo wild feature, BetSoft has also incorporated another wild symbol referred to as the Elemental Wild. This symbol functions in the same way as would a standard wild in most other slot games in that it is able to substitute for any other standard symbol.

The Elemental Wild symbol featured in Wolf Moon Rising will substitute for all symbols save for the Wolf Moon and Talisman Feather symbols, as these two symbols are special bonus symbols.

Bonus Symbols For The Win

The Wolf Moon symbol has to be our favourite as it’s rather unique in the way that it triggers a win amount all on its own. In other words, only one Wolf Moon symbol is needed to win some cash. A single symbol will trigger an exact 1x bet match.

The Feather Talisman symbol is equally impressive on the profits front in that three or more in scattered fashion triggers all of 12 free spins. And even better yet is the fact that all wins tallied during the free spins round are awarded on the double.

See if YOU can win big playing slots online. Get SPINNING today!