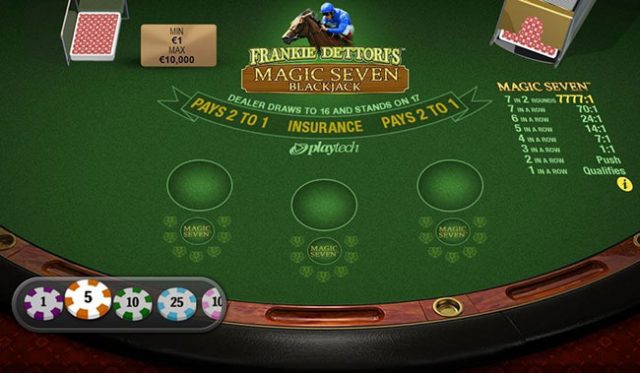 Andrew Green had been having a great day. The 52-year-old punter had logged onto his Betfred account to enjoy a bit of real money action in January this year, picking Frankie Dettori’s Magic Seven Blackjack as his game of choice.

Life got even better for Green when he suddenly hit the game’s progressive jackpot, scooping what he thought was an incredibly lucky £1.7 million win (about $2.19 million locally). Well, that’s what he thought, at least. When he approached his bookmaker, they immediately denied his claim, blaming the win on a ‘software glitch’. Since then, they’ve had to tell the courts the very same story.

As is understandable, Lincolnshire resident Green was absolutely thrilled at his fortune, and immediately took his friends and family out to celebrate, spending a hefty $3,200 as they did so. Alas, it was only a few days later when Betfred contacted him to drop the terrible news that his jackpot had been voided because of a malfunction of their software.

Green was furious. Imagine expecting a life-changing cash windfall only to have it pulled from your grasp due to circumstances completely out of your control! Betfred was very apologetic, and tried to make amends by offering the player a smaller payout of £60,000 for his trouble – but Green was having none of it. He was quick to approach the UK High Court in a bid to extract his full prize from the bookie, with the case commencing on Monday, November 26.

The British punter has argued that a computer malfunction is not a valid reason for the bookmaker to deny him his winnings. He claims that Betfred has not supplied him with any evidence to support the occurrence of a glitch, and says that even if a malfunction had indeed taken place, he couldn’t have known about it and should not be held responsible either.

Sadly, bookmakers claiming that computer malfunctions have resulted in some of their biggest prize wins is all too common, despite it being a weak excuse and one that is very hard to believe. Bookies have previously denied many wins using exactly the same excuse; for instance, earlier this year FanDuel denied a New Jersey winner their earnings after blaming their computers for an error.

This incident saw the punter, Anthony Prince, missing out on a massive $82,000 payday after FanDuel argued that the odds of 750 to 1 that were listed had been erroneous. However, thanks to extensive press coverage and public pressure, the company decided to pay Prince out anyway.

Of course, it is only natural for a betting company to try to make a profit wherever possible. However, this does not make it acceptable for any company to do so at the illegitimate expense of their players, which has in this case warranted the UK courts’ involvement in Green’s case.

Looking for BIG wins online? Sign up with a trusted Canadian casino TODAY!