The government of Belgium is reportedly conducting a criminal investigation on popular video game developer Electronic Arts (EA). The probe stems from the fact that EA has continued to offer loot boxes in its games FIFA 18 and FIFA 19, despite being instructed by local regulators to remove the features.

The loot box controversy has been a hot topic among regulators and players over the past few years. Gambling watchdogs in Belgium and Holland have classified the in-game features as tantamount to ‘illegal games of chance’, meaning that any developers who wish to offer them in those countries must first obtain the necessary gambling licenses.

As a refresher on the concept of loot boxes, the aforementioned items are virtual ‘crates’ that can be found in a number of popular modern video games. They sometimes contain items that could assist players’ in-game performances, while other times they may offer items that are of less use. Either way, players have no way of knowing this until they purchase the boxes for real money – and the odds of winning a helpful item are also typically not disclosed.

The Belgian Gaming Commission conducted an investigation into numerous video games a few months ago, identifying CS:GO, Overwatch and FIFA 18 as offenders to the new laws. However, while all other developers have agreed to remove the loot boxes from the Belgian versions of their games, EA has refused to meet this request. 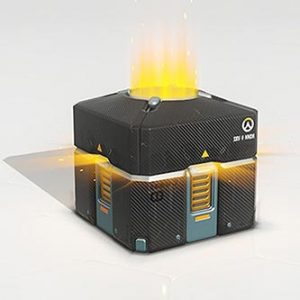 Now, according to a news report published in the Metro newspaper, this stubbornness has led to the company becoming the subject of a criminal investigation by local prosecutor’s offices. If the Brussels public prosecutor does decide to lay a criminal case against EA, the matter will automatically be referred to court.

Electronic Arts has slowly begun to improve transparency with its massive player base in the meantime. The firm has revealed that FIFA 19 will now include pack odds for the very first time, as well as giving players a breakdown of what they stand to gain from each loot box they purchase.

CEO of the video gaming studio Andrew Wilson has also firmly stated his belief that loot boxes are not equivalent to gambling. The executive made the statement back in May this year, and has vehemently stuck to his guns in the face of the Belgian Gaming Authority’s investigations.