Asus To Release Phone Made In Gamers Heaven 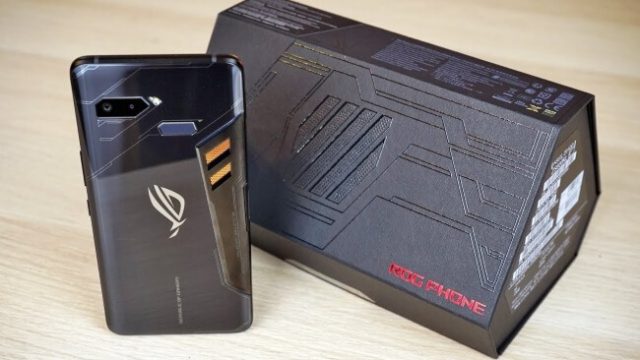 It’s more than just a visual masterpiece; it’s a celebration of mobile gaming performance and its officially expected to be its closest competitor on steroids. Wondering what we’re on about? Introducing the new Asus ROG Phone 2. The fact that it’s a “2” obviously means that there was once a “1” and those who know Asus know that the follow-up masterpiece is expected to trump the previous release by a mile and more. It’s also the first phone ever to be powered by Snap Dragon 855 Plus, which in short, spells gamer’s heaven.

The manufacturer has confirmed the official launch date as July 23rd. The special Republic of Gamers release will feature a VR-focused tech upgrade, hence the “Plus” addition to the central processor description. This signifies an improvement on the standard version that was released on many of 2019’s new Android releases.

But surely Asus did not dedicate an entire release just to enhance VR capability and support? The good news is: no, they did not. Because number 2 features more than just a performance tweak and a facelift.

The phone will come equipped with an 8-core processor that will run at 2.96GHz instead of 2.84GHz, which was the previous standard. There’s also upgraded graphics powered by Adreno 640 and a 120Hz refresh rate. And its at this point; with images of smooth and lag-free scrolling and gaming performance dancing before the eyes of the imagination; that one heads on down to a local supplier to whip out the greens and pre-order.

Mobile gaming is having its day and that’s no lie. We’ve officially entered the age of mobile tech and we obviously have no intention of returning to the way of things that once were. Mobile games are now officially outselling standard computer games and what with a host of connectivity options being readily available and consoles being able to connect to entire networks, there’s no stopping gaming’s runaway train.

Its fairly unusual too, for a top tech manufacturer to be releasing monster tech halfway through any given year. This can only mean that there is more where “that came from”. One cannot help but wonder what Asus, and other mobile tech manufacturers like Asus, will come up with when looking ahead to the second half of 2019.

But for now, game on!

Get the best mobile casino games online. Play ON THE GO and WIN!