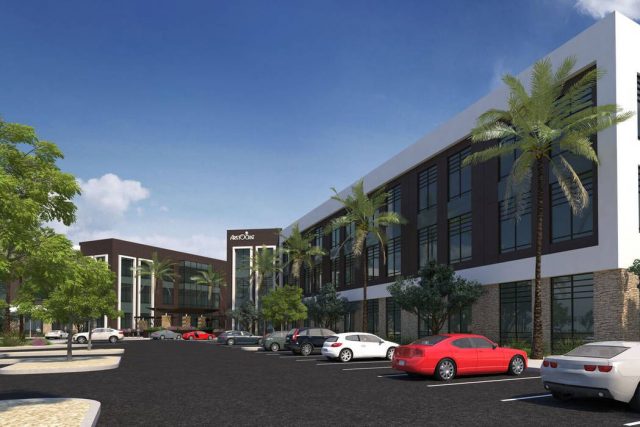 Corporate Chairman Dr. Ian Blackburne did the honours of cutting the ribbon and opening the event. The 180,000-square-foot campus is indeed a sight to behold, and one that, according to Blackburne, has been well and truly deserved by the company’s employees.

Blackburne Has Brought Much To The Table

If the name Ian Blackburne sounds familiar, then it’s because the company announced in October that Blackburne intended to end his nine-year tenure as company Chairman and that the official date of his closing this particular chapter of this life would be February 21st, 2019, when management is set to convene for the firm’s Annual General Meeting.

Under his strong hand of leadership, Aristocrat has evolved into a global leader in land-based gaming, as well as a strong emerging forerunner in the rapidly booming social digital industry. Blackburne will be succeeded by Neil Chatfield, who is currently serving on Aristocrat’s board of directors, but in a non-executive capacity.

Company growth and an upsurge in business have been the two main catalysts for the new Las Vegas campus. Speaking at the opening ceremony, Blackburne pointed out that the company’s employees have earned their new corporate home.

Hundreds of employees had convened outside of the buildings on the day of the opening ceremony and the departing Chairman had his audience hanging onto his every word. He delivered an inspiring address and pointed out how a mere decade ago, the company had but a single material presence in one segment of the gaming industry.

Aristocrat truly has been prolific in its endeavours to ensure massive company growth. In 2014 it acquired Video Gaming Technologies for $1.2 billion, which turned out to be yet another important stepping-stone. The release of a number of popular slot games, including Buffalo and Lightning Link, has ensured a major share of the market in favour of Aristocrat; a share of the market previously belonging to companies like Scientific Games and IGT.

This year, Aristocrat made headlines when it announced that it had completed a $990 million cash take-over of social games giant Big Fish Games Inc. The deal has ensured that Aristrocrat is now the world’s second largest producer of online social games, just behind Israeli mobile games company, Playtika.

Experience the ULTIMATE in online entertainment. Sign up at a top Canadian-friendly casino NOW!