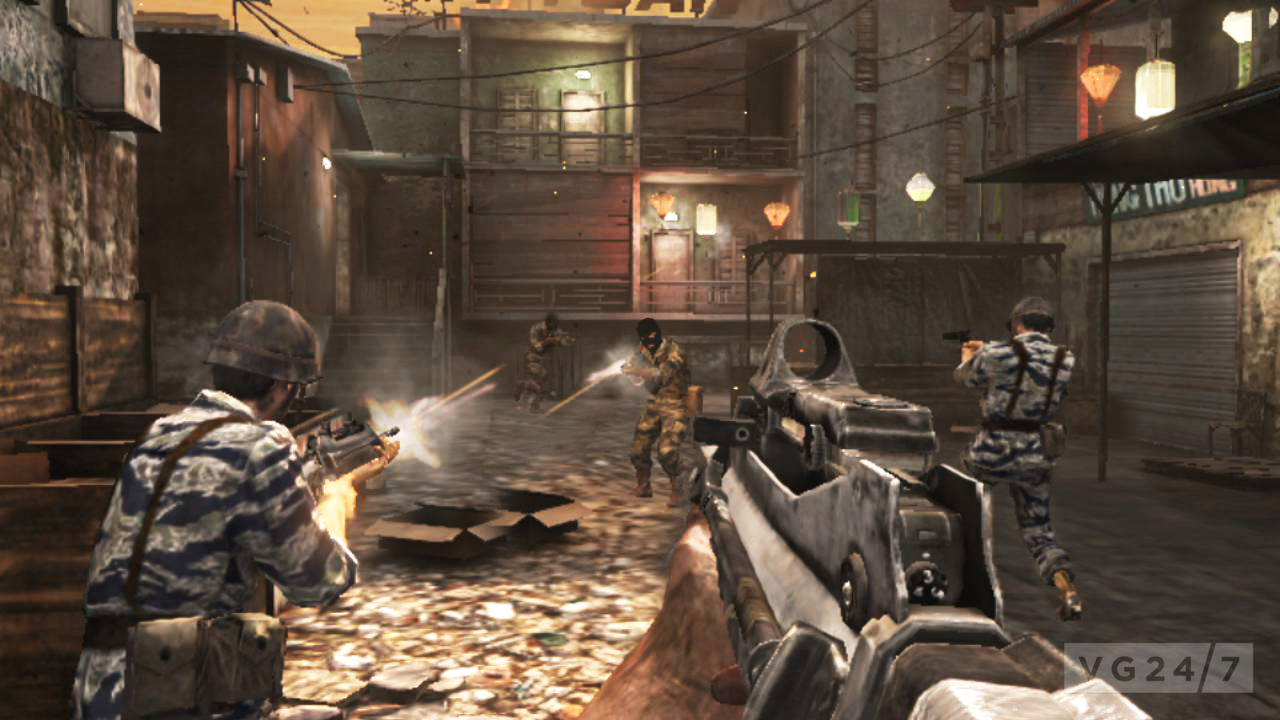 The original war game is back with a new edition and a whole new set of plot lines and missions that are sure to make video games players everywhere rejoice. Call of Duty, the standard-bearers in the video game industry for many years, continues to churn out high quality additions that are both exciting to play and beautiful to watch. Call of Duty: Black Ops III is the 12th game in the series, and the third in the Black Ops section, this time set in the near future where warfare has both advanced and reverted to more basic type of combat. In fact, the advancement of science, which has produced new kinds of robots and soldiers to fight wars, is a primary theme of the back story that goes with the action.

The game is set in the year 2065, which is 40 years after the wars that took place in the last Black Ops game. Technology has gone so far forward that it has resulted in a stalemate in many of the advanced fighting methods such as air raids. Subsequently, the real fighting is taking place through covert attacks by small groups of ground-based soldiers. These are the Black Ops soldiers who are charged with the task of defeating the super-soldiers created by science. But that’s not all. There are also at least two separate plots involving combat with advanced zombies, who first reared their heads in the last Black Ops edition and continue to terrorize at every step.

The Future is Dark…and Scary

The future, a presented in Call of Duty, is dark and bleak, with scientists and technologists leading the way towards a type of dystopia that can only be fixed by a small group of dedicated fighters who have the will, the weapons, and the training to defeat them. While Call of Duty is essentially a shooter game, what makes it so engaging is the range of characters that players get to choose, and the great attention to detail that brings them to life. The graphics are vivid and realistic all through the series, and the personalities and back stories of the characters always come to the surface during the game play. In Call of Duty: Black Ops III, players get to choose from nine different characters, and the differences are more than on the surface. Each character has an entire personality and history and brings that with him or her throughout the game.

The enemy is also impressive and serves as a fit challenge for any level. Besides the hyped-up soldiers that continually rise up to demand attention, Call of Duty: Black Ops III goes farther than ever with the zombie factor, adding at least two distinct zombie plot lines, and maybe more that were not presented in the preview edition. At least one of the storylines involves an “alternative” reality involving zombie versions of some of the main characters who are working to created a different version of history than their counterparts in the other stories. All of the zombie plots work on their own, but players who enjoyed the previous Black Ops edition will gain from their experience. All of the zombie storylines started there and feature a smooth advance through those ideas.

One of the most dynamic elements of contemporary video games is the ability to play alone or with a number of other players. In the case of Call of Duty: Black Ops III, there is an option of playing alongside three other players. The multi-player option allows for higher forms of strategy and cooperation, and the ability to activate a larger number of characters. The single player option is no less advanced, however, putting players in situations they need to solve entirely on their own. Call of Duty has always been well ahead of the curve on the multi-player experience. The new edition includes technical advances on character movement and gives players more control of their weapons, and especially their ability to access their weapons while engaged in other activities.

In the final analysis, Call of Duty has always been the ultimate shooter game, especially for those who like a military theme behind the action. The game play is extremely engaging and the visuals are stunning. Fans of Call of Duty series will recognize the action in Black Ops III without feeling that the franchise is repeating itself, which is impressive considering that this is the 12th time out with new material. But Call of Duty has always been more than a simple shooter game. There is always a mental element at the heart of the action that keeps the mind engaged as much as the action. Those who like Call of Duty will not be disappointed.