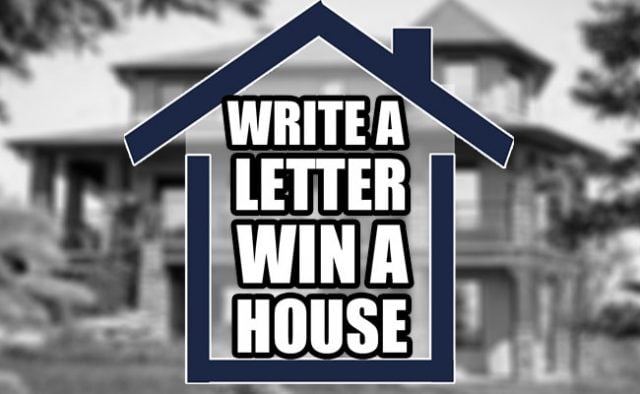 Earlier this year, a unique essay ‘lottery’ promising its winner a $1.7 million home in Alberta went viral across the web, garnering thousands of entries from interested parties. Shortly after this, the Alberta Gaming, Liquor and Cannabis authority launched a probe into the competition, aiming to ascertain whether or not it aligned with the province’s current gambling regulations.

Now, as it turns out, the competition is actually within the law, and does not breach any existing regulations. AGLC has concluded its investigation and officially confirmed that the contest is completely legal.

People around the world have been fascinated with the amazing opportunity of winning a Canadian mansion simply by writing an essay in which they need to share with the owner how winning the home would change their lives. The only ‘entry fee’ necessary is a $25 payment to homeowner Alla Wagner to cover the taxes for sending the letter. The woman opted to try the contest approach after discovering that trying to sell the home was taking longer than she expected.

No Contraventions of the Law Seen

The only controversial part of the ‘lotto’ game was that the AGLC felt the need to investigate its nature before allowing it to continue. Since the beginning of February, an integrated investigation team collaborated with local lottery regulators and police officials to look into the details of the essay contest. They wanted to assure the local community that the competition could in fact grant one lucky entrant the home in question, while not contravening the Criminal Code or any gambling laws.

And while the authority did allow the contest to take place, it never issued a lottery license. Despite the competition having been referred to as a lotto game for weeks now, Wagner was permitted to continue receiving letters from eager entrants without formal licensing. The investigation was considered necessary as multiple complaints were submitted to the ALGC following the contest’s announcement.

The current owner of the home was surprised that an investigation was needed, as she pointed out that before the launch, she referred to Alberta’s gaming regulator and consulted officials throughout the whole process. While these conversations were taking place, it was established that the competition does not fit the definition of a traditional lottery, and shouldn’t be labelled one as such.

Wagner is planning to choose the winning letter based on how authentic the writer seems and their motivations for claiming the massive home. As there will be no randomness in the selection process, any elements of gambling will not be present in the contest. Before the investigation, interest in her competition was high, but it took a plunge following the probe. If she is to meet her $1.7m price tag, Wagner needs at least 65,000 writers to submit their essays before the cut-off date of April 5, 2019.

Winning has never been easier online!
Play at a Canadian online or mobile casino NOW!