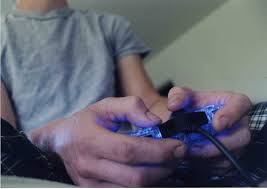 Even with the technology options available to game developers today, the games that have the highest fun factor are often throwbacks to the earlier era of games play – but with a twist that makes them ultra modern as well. That’s the case with N++, the sequel to N+, which itself is the sequel to the game called N that debuted more than a decade ago. The concept of the game might have been old two decades ago and the look, at least at first, seems to be as basic as it gets. And yet the playing experience is undoubtedly engaging, fun…maybe even a little bit addictive. This is clearly a game designed by people who know what people want, maybe even better than they know it themselves.

Just one look at N++ and you’ll know exactly what you’re trying to accomplish. There is nothing particularly new in the objective of the game – which is to solve a “screen” by finding a switch to a open a door then finding your way through it while avoiding moving obstacles and sometimes even evil ninjas that are trying to stop you. But doing it is both more challenging and more interesting than it looks on the surface. It’s easy to stay in the moment when you face a task that is difficult to accomplish but ultimately one you are capable of achieving. That’s how it goes from screen to screen. Each screen is different but the goal is the same, and the way to go about is the same. Only the difficulty changes.

Life and Death in the Maze

After you’ve played a bit and gained a mastery of the basic skills, like jumping over boulders that are coming at you with dramatic speed or avoiding the ninja that seems to be following your every motion, you can see what is dramatically new about the game. It is virtually endless in the number of screens you need to complete. It’s not actually true that it is really endless. But getting to the last screen does not seem like a reachable goal, and even then, the game is not over. There are more screens contributed by the user community. They come in groups of five, and you only get to move up a level after you’ve gone through five screens at a particular level. It may seem like a relief in some cases, because it’s those last few when you feel most in control of the action.

Along the way, you also get to look for gold nuggets that give you more points and other goodies that make the game even more challenging. There is also a time limit for each screen, usually around 90 seconds, so there is not benefit to taking the long road when a short road is available. Your character’s life span is short, either because you will expire before the screen is completed, or because the character itself has virtually no resilience and even a small brush with any of the dangerous debris that’s encountered means instant death. Luckily, there is no limit on how many lives you get. So the character is both fragile and anti-fragile. It can’t be stopped, though anything will kill it, or at least delay it long enough to force you to start again on your screen.

Play Alone or With Others

Even though N++ does not look new and does not require you to solve any breakthrough elements does not mean the game is complete throwback. Besides offering a dazzling array of challenging screens, it also offers modern features such as “co-op” play, which allows up to four players to play at the same time on the same screens. Part of the fun of co-op play is the element of self-sacrifice. Some screen seem to require that a player allow him or herself to be killed so that other players can reach the door. And since there is no limit on the number of lives, it’s highly probably that this form of self-sacrifice is written into the team play option.

If there is one lesson that comes through loud and clear from the N++ experience it’s that a fun video game experience is more a product of excellent execution than of deep originality or complex design. Even though the object of the game remains the same through what seems like thousands of screens, the differences in the way you need to maneuver is acute enough and the time frame short enough that it never gets boring. If anything, all you want to do is get to the next screen and do it again, and again, and again. And that is what is a game is really all about.