888sport Moves In To New Jersey 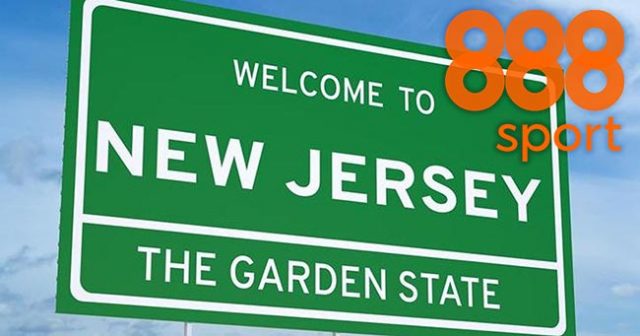 888 Senior Vice President Yaniv Sherman has officially been relocated to the firm’s New Jersey office to spearhead its new expansion plans across America after its 888sport brand was launched recently in the Garden State.

With 888’s sports betting platform now available in New Jersey, it is the first time that the international operator has ever offered betting services to punters in the US. CEO Itai Frieberger has described the development as a ‘major milestone’ for his well-established firm.

With Caesars and FanDuel also having recently gone live in New Jersey, there are now no less than six betting operators offering online wagering services state-wide. Other competitors who have been quick to step into the newly regulated market have included SugarHouse, DraftKings, and William Hill.

According to Frieberger, the move has given 888 a unique, ‘truly multi-product’ position in what is currently the largest regulated American state when it comes to online sports punting. According to him, 888 has long been dedicated to improving its US position since it launched in Nevada (the first state to ever have been regulated) over six years ago. Today, he added, his firm is the only operator present in all three regulated states.

He also iterated that the company now has its casino, Poker and sports products all operational in the country

888 is continually developing its technology, brands and offerings to ensure that it maintains its market-leading position. 888sport was launched in New Jersey under an exclusive partnership with Kambi, the firm’s sports book supplier across all of its regulated markets. Kambi, which recently debuted its Cash Out live ticket system in the Garden State, also went live with its Teaser+ recently to celebrate the kicking off of the 2018/19 NFL football season last weekend.

Teaser+ is a new variation of the teaser parlay bet, and offers a unique method of wager pricing. Kambi’s in-house team reportedly generates a price based on each separate part of a player’s selected parlay, with the firm’s CEO Kristian Nylen noting that the team developed the product to make up for previous systems, which had failed to ‘evolve with the wider industry’ or kept up with the latest technology.

In other New Jersey sports betting developments, DraftKings has now become the newest betting supplier to add PayPal to its growing list of payment methods. According to analysts, this move could very well prompt a further rise in punters’ numbers in the state.

Caesars, SugarHouse and FanDuel all already offered PayPal services, according to Legal Sports Report, which also added that credit card decline rates are sitting at around 50% in NJ this year, compared to 75% five years prior.

Soon, state officials will post the financial figures detailing the first full month of online betting operations in Jersey. Last week, DraftKings noted that it had already processed one million bets state-wide since its sports book went live in August.

Bet on your favorite sports and WIN with Betway Sports!