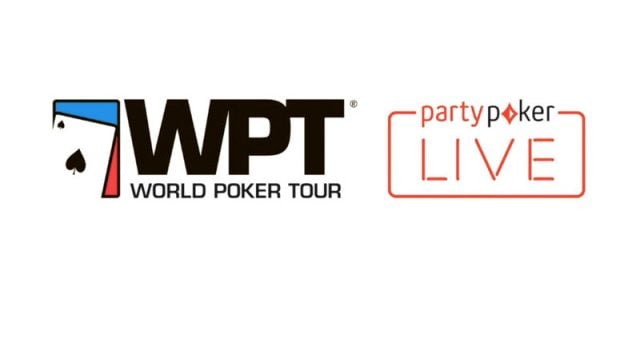 After a period of social media fights and name-calling, Canadian firm Partypoker and the World Poker Tour (WPT) have at long last reached an amicable agreement. They will soon be jointly holding a series of live tournaments in both Europe and Canada, meaning that the two firms will both increase their prize pools and tourney coverage.

The WPT first began back in 2002, and has since grown immensely to host tournaments across North America, Europe and Asia. Researchers have estimated that the brand is worth well over $100 million in annual revenue – but the tour itself, however, does not make its own figures public. The jackpots on offer along the tour have also grown consistently in size since the early 2000s, with the most recent winner taking home over $3 million.

Territory Dispute Comes to an End

Partypoker, on the other hand, is one of the world’s largest online poker room operators. It officially launched on the web in 2001, and attracts millions of real money players to its platform each year thanks to its 14 language options. The firm offers a variety of different tournaments on its website, each including different prize levels for single and multi-table tourneys.

The brand is particularly renowned for its Sit & Go games, which are operational 24 hours a day for early birds and night owls alike. Players can sign up to sit in on tourneys, which often have entry fees as low as $1.

As mentioned above, the WPT and Partypoker were at loggerheads for many years. The main issue between them was a dispute over territory, with both brands feeling that the other was stealing their players. The World Poker Tour accused the iGaming operator of not allowing users of its site to play in the tour, while Partypoker made similar accusations towards its nemesis. Neither party was able to provide proof.

Most recently, however, the two companies have put their differences aside to reach a deal. Partypoker has agreed to act as a ‘funnel’ for the WPT, with the tour promising to take some of its players and transfer them to tourneys around the world. The two also inked a four-year deal to bring players into live tournament play in both Europe and Canada.

Both companies have also said that they wish to sponsor as many events as they can, and have agreed to sponsor at least seven tournaments in the four-year span of the deal. They have also agreed to spend millions on the available prize pools, which will be valued at a minimum of $3.4 million each.

The first event under the agreement is a massive festival that is headed for Montreal. This month, a local club will host WPT500, WPT DeepStacks and WPT Main Tour events. This will all take place during one unprecedented festival, while other events in London, Russia and Amsterdam are also in the works.

Have the time of your life online! Play Poker at top Canadian sites and WIN