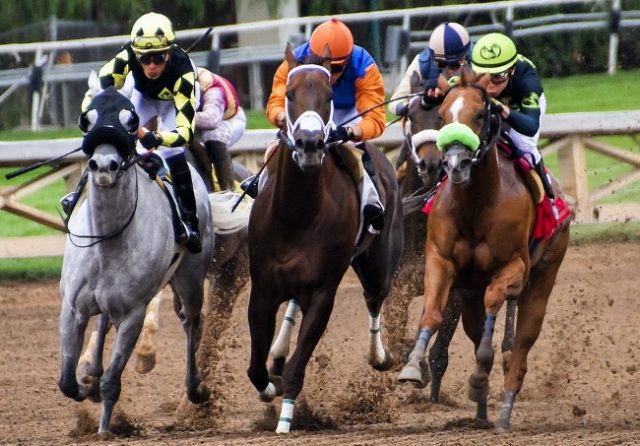 Woodbine Racetrack will be hosting a second Stronger Together discussion event come October 18th. The discussion will again focus on sustainable thoroughbred horseracing as well as the various issues facing the horseracing industry on a global as well as local level. Horseracing is big in Ontario; in fact, it’s bigger than big. Woodbine has been leading the way for many years and the racetrack continues to show an unwavering commitment to the sport in the province.

The first of the Stronger Together discussions took place on August 9th and it immediately became apparent that more sessions would be necessary. The number of seats was limited, obviously due to physical restrictions, and many weren’t able to attend even though they badly wanted to.

The August 9 event was hosted by Woodbine’s Trackside Clubhouse (previously named the Standardbred Paddock) and included internationally acclaimed speakers and experts on all things thoroughbred horses and racing.

This time round the event will be staged at the COSA premium lounge at Woodbine Mohawk Park. Event organisers Central Ontario Standardbred Association has confirmed some of the speakers expected to address the audience as Jim Lawson, Jessica Buckley, John Hayes and Brett Stone; all key figures at Woodbine and Ontario standardbred horseracing in general.

COSA has advised that those interested in attending the October 18 instalment of the discussions should bear in mind that the event is being hosted as an invite-only event and as such, anyone interested in joining in on the day must state their intention to do so before the October 11 RSVP deadline. No invitations will be issued after the said date and seats are limited.

There are various issues facing the horseracing industry today and whilst this may at first appear to imply a negative connotation, its also a rather exciting time for the industry at large due to the many positive changes taking place at the moment.

Animal activists have hailed the move as a significant and industry-defining one. And Woodbine is the proud driving force behind the worthy cause.

Back a WINNING horse! Bet on the biggest horse races online TODAY.