Women Power Gambling Growth in the US 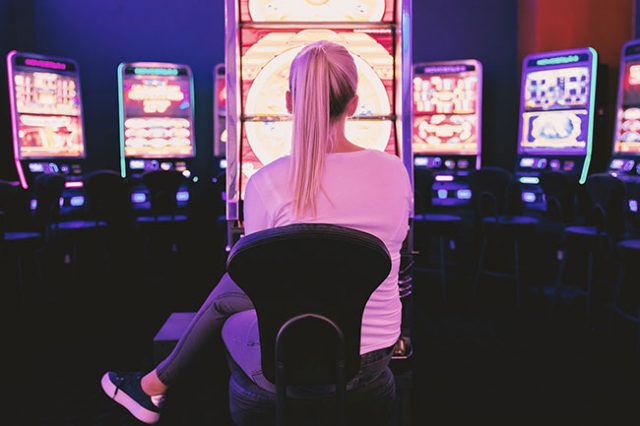 Traditionally, gambling has always been considered a pastime for men. Many women were banned from entering casinos and gaming saloons altogether during the 17th, 18th and 19th centuries, and it was only in the late 19th century that they began to enter a world that was once exclusively male.

Of course, times have changed drastically since then for the fairer sex. Not only are women claiming top leadership positions in the industry, but they are even running regulatory agencies and top gambling-related companies as well.

More and more, women are being promoted to positions of leadership within the US’s thriving casino industry. Some of the country’s largest operators have practices in place nowadays that necessitate the hiring of female executives, including the likes of Wynn Resorts, Station Casinos, Caesar’s, and MGM to name just a few.

Still a Long Way to Go for Firms

However, local companies still have a long way to go in this field, as was pointed out recently by Station group. Many operators do not have childcare facilities available to their executive employees, nor do they offer flexible schedules for working mothers. With that said, these companies have definitely made some progress when it comes to gambling.

Two major resorts in Las Vegas, Nevada have recently appointed women to their boards of directors, with Caesars Entertainment having one female member and Wynn Resorts boasting three. These women, along with their fellow female executives, have requested that their firms add maternity and paternity leave, rooms for breastfeeding mothers, and other gender-equalizing features to their buildings as well. Progress of this sort is seemingly still in the works.

READ MORE: MN Tribes Give Sport Betting a Thumbs Down

Women of Note in the Industry

On a regulatory level, Senator Becky Harris has long headed up the Nevada Gaming Control Board – arguably the most powerful gaming watchdog in the USA. Harris is a renowned lawyer who served a role in the Nevada Legislature, and is considered to be one of the most formidable women in the industry today. She oversaw all gambling in the state until the recent end of her term, along with two other female board members in a team of eight.

The Vice President of Public Affairs for the American Gaming Association is also a woman. Before accepting a role with the largest industry lobbying group, Sara Slane worked as an executive with MGM Resorts and Entertainment. She has been credited with writing legislation for American states that have sought to legalize sports betting as well.

Slane and the AGA helped individual states to draft laws that could pass legislature for the regulation of sport wagering after the Supreme Court abolished the federal betting ban in May last year. It is now estimated that as many as 25 states will legalize the practice within the next five years, allowing them to direct cash flow from the $175 billion illegal gaming market into their own coffers. Clearly, gambling is not exclusively a man’s game any longer!