William Hill US To Sponsor NHL 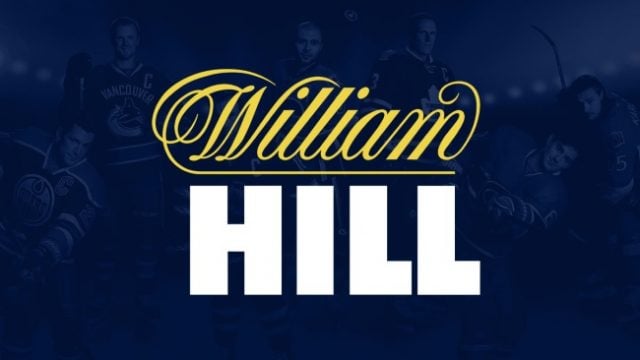 London’s William Hill is one of the few operators whose name is linked almost exclusively to sports betting. William Hill is a bookie first and an online casino operator second. The sports betting giant last Thursday revealed via a brief but significant press release that its US leg of business has managed to sign an agreement that will see it become the official betting partner for none other than the National Hockey League (NHL).

When combined, exclusive branding opportunities and big-league hockey makes for a powerful duo and the masters of sports betting will, according to the released information, have access to the 31 teams’ regular league season as well as their marquee games. When talking global exposure, it sure doesn’t get any better than that.

More Than Just The NHL

In its press release, the online bookie cited a report that was compiled by Nielson Sports that confirmed that according to statistics, North American ice hockey fans were more likely than any other national dynamic to actually wager on games played in their own NHL competitions, in addition to also having a punt or two on NFL, NBA and MBL games.

CEO Joe Asher, William Hill US, said he was thrilled with the many possibilities now open to the bookmaker. He said that the plan was to now leverage existing relationships with the New Jersey Devils and the Vegas Golden Knights franchises in order to further build and develop a strong and unbreakable bond with premier league hockey.

Asher also commended NHL Commissioner Gary Bettman on his visionary approach towards sports betting markets and especially the connection between the betting markets and fan-engagement. Interestingly enough, Bettman, before having signed up for his current position with the NHL back in 1993, used to serve as Senior Vice President and general counsel to the National Basketball Association (NBA).

Bettman has described the new alliance with US partner William Hill as an innovative but also a practical approach. He said that the NHL planned to make the most of the new relationship and that in his view, working together directly with stakeholders would act as a catalyst for more similar bonds to be formed across all major sports leagues. The ideal situation, according to the commissioner, would be a fully functional cross-landscape system of cooperation.

Thanks to the strike-down of PASPA by the US Supreme Court, Bettman’s dream may come true in his lifetime yet.

Want to bet on the NHL? Get great odds and a wide selection of markets ONLINE!