Is Metaverse The Canadian Casino Future? 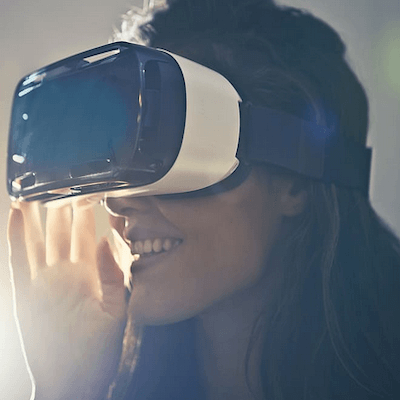 The Metaverse is being pushed hard, with many saying that it houses a big part of the Canadian digital future. Some are even hinting that locals may soon be able to visit a casino via virtual reality (VR.) It may sound farfetched but isn’t as unlikely as it seems. Reports suggest that some operators are already planning to buy virtual land in the Metaverse, and use the property to establish a digital, VR based gambling paradise. The only bar to entry will be owning viable headset, the price of which is quickly becoming more affordable.

But what exactly is the Metaverse, and does it really offer some sort of science fiction future for Canadians?

The short answer is that it is a planned digital universe, allowing users from all over the world to login, interact with a varied artificial world, and even communicate with others. As to whether it holds some sort of future remains to be seen, especially when it comes to a virtual casino alternative.

Read More...Casino Rama Happy To Back In Business Again

Some are suggesting that it is nothing more than another fad, but others insist that it is the way forward.

What Are The Benefits?

The benefits of a VR-based casino would be much the same as with an online casino. Which is to say, Canadians would be able to visit a very lifelike venue, play games, and win real money, all without having to leave their living room.

The better way to put it is that the Metaverse would simply be making 2D internet into a 3D version of itself. At least the parts that support the technology. Arguments can easily be raised about whether 3D is more convenient and user-friendly than 2D, which is certainly true. When looking at it from this angle, the technology really does seem like it might just be a novelty.

But then again, on a planet still struggling with the world health crisis, perhaps a VR alternative is a bit more appealing than it once was.

Details are scarce at present, and much of the information is speculation, but the Metaverse really does seem to be an interesting idea. The primary concept is that the virtual world will be extremely immersive and realistic, so much so that users could get lost in an online wonderland. Most important is that it is all intended to be a shared space, meaning that users will be free to chat, play games together, and perhaps even go on an adventure.

No doubt, when the first virtual casino does become available, Canadians will be keen to check it out. At least those that have a headset handy.