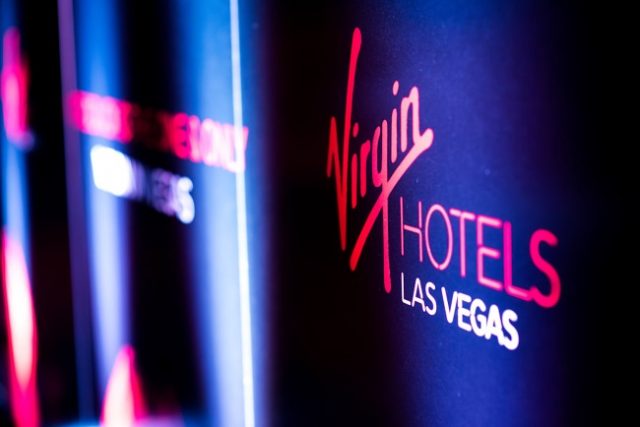 The Virgin Hotel Group has announced the names of the design companies that it plans on using for the complete overhaul of its acquired Las Vegas-based Hard Rock Casino & Hotel. In February 2020 Virgin will temporarily shut down some of the hotel & casino’s operations so as to enable the global hotels group to treat the venue to a complete transformation and overhaul. In addition to a variety of major cosmetic changes being in the pipeline, the legendary hotel and casino will be re-branded to ‘Virgin Hotel Las Vegas’.

Virgin has named Studio Collective, Taylor International Corporation, McCarthy Building Companies and Rockwell Group to be some of its design and construction partners for the re-design endeavour.

The initial plan was that the venue would be shut down for a period of no longer than four months, so as to limit interrupting daily operations. But it soon became quite apparent that the decidedly short time period wasn’t at all realistic. The group then announced that 8 months of down-tools was more reasonable a time period during which to bring all of the company’s plans for the re-imagined venue to life.

The proposed budget too, had to be reimagined. The draft $150 million-budget, it was soon realised, would not cut the mustard by a long shot, and has been increased to $200 million. The period during which the new Virgin Hotel Las Vegas will be closed for business will in all likelihood be February 2020 to about January 2021.

Virgin Hotels CEO Raul Leal commented on the design and said that they were creating an immersive and exhilarating casino that would cover 60,000 square feet. The hotel will also feature a whopping 1,504 suites with patented bed and in-room technology, over 5 acres of poolside and event space and numerous food and beverage outlets. Plus, there will be more than 110,000 square feet of event, convention and meeting spaces for corporate visitors. Clearly the new establishment is designed for work and play, and offers a truly unique lifestyle experience to all.

The Virgin Group is fast establishing itself as a strong global player in the hotel and casino industry. Other impressive developments either already operational or in the pipeline include San Francisco, Chicago, Dallas, Nashville, Silicon Valley, New York and also Palm Springs. The new Vegas development is set to cement their reputation in the gambling world, and prove once and for all that they are a key player in the industry.