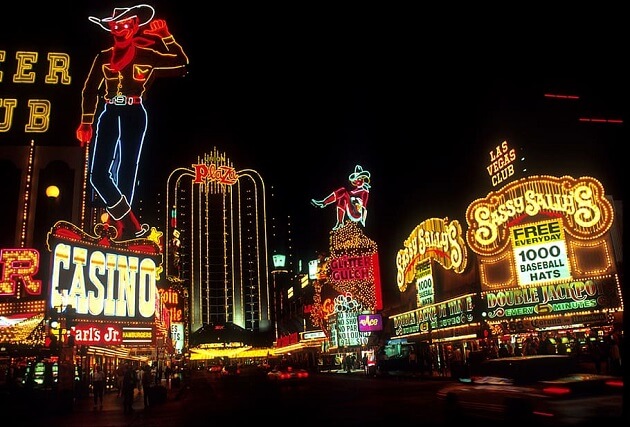 What happens in Vegas typically stays in Vegas – unless you’re third in line to the British throne. Just ask Prince Harry, who recently was reminded of his 2012 “naked billiards” romp at a famous hotel-casino on the Las Vegas Strip.

Thomas Markle, the estranged father of Meghan Markle, wife of Prince Harry and Duchess of Sussex, last week brought up the infamous naked Vegas photographs during his (Markle’s) appearance on Good Morning Britain. The 76-year-old, who has reportedly not spoken to daughter Meghan since before the royal wedding, conceded during the interview that he himself had made his fair share of mistakes, but that those mistakes never included playing “naked pool” at a casino or dressing up like Adolf Hitler.

His reference to Harry’s naked pool stunt resurfaced memories of a then-single, 27-year-old naked royal romping around in the nude in a Vegas hotel suite, while at one point hugging an unidentified also-nude woman from behind. In another photo, which had been the image taken to town by the British tabloids, the young Harry can be seen cupping the “crown jewels” with his hands.

Several images taken at the time show the young prince stark naked save for a necklace and a wristwatch – images palace officials later confirmed to have been of the young royal, and taken during a private holiday before resuming “military duties”.

Harry would later during his apology be quoted as saying that he supposed that this was the type of thing that happened when there had been more army than prince in the equation.

A woman who claimed to have been present on the night of Prince Harry’s naked billiards romp told of how alcohol had been flowing.

British-born Carrie Reichert told a New Zealand newspaper how she and the prince had engaged in a drunken fumble in a separate room, after which he told her that she was beautiful, which she at the time described as sweet. The pair apparently then returned to the drinking games in a rather nonchalant way, as if nothing at all had happened.

Harry later apologised for the leaked photographs, as well as for the prior Hitler costume incident, saying that he had ultimately probably let himself as well as the royal family down.