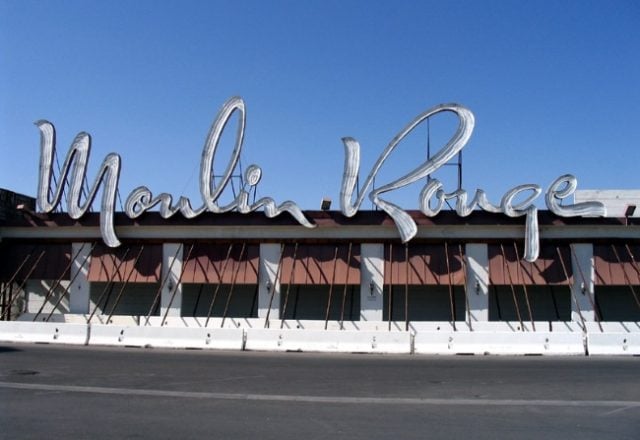 The latest news on the casino nostalgia development front is that we won’t be witnessing the return of the iconic Moulin Rouge after all; not soon in any event.  Redevelopment plans of the epic Las Vegas site have officially fallen through after the Southern Nevada Housing Development authority recently withdrew its $5.5 million July bid.

Executive Director Chad Williams explained to the board that the decision to pull the plug on the purchase originated form a place of pure business sense and that it had little to do with the actual potential locked up in the site, or anything else for that matter.

Some May Feel Relief

The announcement made by Williams would in all likelihood have been welcomed by some of the housing authority’s esteemed board members, as many of the members had already in July voiced grave concerns over the authority’s ability to carry the weight of what it was proposing to do what with it having not much in the way of previous retail experience.

According to Williams, the final decision to call the halt followed the outcome of a feasibility study. But even so, pointed out the CEO to board members, this did not mean that the authority should be completely closed towards the idea. The timing simply wasn’t ideal, said Williams, but a lot may change over the course of a decade or two, assuming the site is still available at all by then.

Only Time Will Tell

Whoever ends up buying the site and re-developing the 1955 casino; which happened to be the very first casino to have allowed white as well as black business onto its gaming floor; will be taking on a piece of authentic Las Vegas history.

The Moulin Rouge closed down shop only 5 months after it first opened its inclusive and welcoming doors to all members of the Las Vegas public. But something refused to budge; a force not easily named or labelled; because now, some 64 years later, the original gambling licence remains active to this day. Every two years, Vegas reserve a temporary licence so that the Moulin Rouge may live on in licence and in humanitarian history.

Over the years a number of potential buyers have expressed an interest in acquiring the site, but every last offer has ended up falling by the wayside. One cannot help but wonder whether the spirit of the Moulin Rouge is holding out for exactly the right entity or person to come along.

Live it up ONLINE! Play Vegas style casino games at home or ON THE GO.