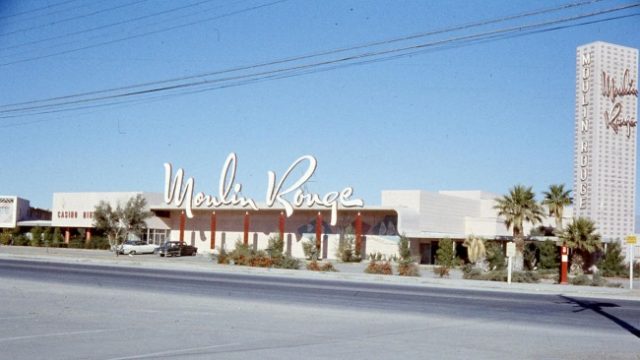 If everything proceeds according to plan, the iconic Moulin Rouge in Las Vegas will soon be reopening its doors to the members of the public. Not much of the actual casino remains standing on the former site, but that hasn’t deterred a group of investors by the name of Moulin Rouge LLC to put forward a $9.5 million cash offer for the privilege of breathing new life into the civil rights national beacon.

The casino first opened its doors in 1955 but closed shop soon again after as a result of financial difficulties. But even so, it did more for racial desegregation over its very short 5-month lifespan than any other casino in 1950’s Las Vegas, having not only been the first casino to allow African-Americans to enjoy all that the venue had to offer, but also became a truly iconic gateway for racial reconciliation when it hosted a meeting between local casino owners and operators that ultimately ended racial segregation in all casinos located on the Vegas Strip.

Read More… Starlight To Get Its London Home After All

Re-Capturing The Magic And Glory

According to Moulin Rouge LLC’s business proposal, the plan is to invest at least $1.6 billion in the project. The idea is to restore the iconic landmark to its former glory and pre-bankrupt days. The first phase of the development will involve the construction of the new Moulin Rouge Hotel & Casino. The estimated cost related to phase 1 is $400 million. Phase 1 will include the casino itself, a high-rise hotel tower to become home to 400 rooms, a convention centre, sports book, two restaurants and a special nightclub by the pool.

Phases 2 and 3 will set back the investors a cool $1.2 billion. This will enable Moulin Rouge LLC to take ownership of a nearby casino venue as well as to further expand and develop the existing offerings. Phases 2 and 3 plans include a special 12,000-seater entertainment arena, a redeveloped casino, retail space and also office space and a hotel.

1955 License Valid To This Day

Interesting to note is that the very same gaming license held by the Moulin Rouge in 1955 still exists to this day. The fact that the same license will be used when the casino reopens its doors is of special significance to many; not only for posterity’s sake, but also for what the casino continues to represent in terms of civil rights for all.

The license was kept intact thanks to its making provision for eight hours of licensed gaming once every 24 months. The site and home to the first Moulin Rouge was declared a National Heritage in 1992 when it was added to the National Register of Historic Places.