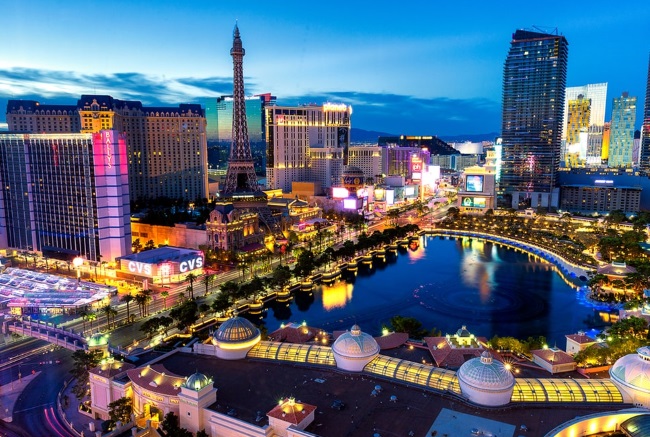 Nevada’s casinos appear to have for the most part recovered from 2018’s collective dismal financial situation caused at the time by Caesars Entertainment’s forced reorganisation, pending bankruptcy. This certainly appears to be the case considering the Nevada Gaming Control Board’s recent revelation that local casinos during the book-year 2019 served meals to the value of some $3.03 billion, complimented by drinks poured worth at least $2.09 billion. All casinos grossing a minimum of $1 million or more during a given fiscal year are included in the board’s annual Gaming Abstract report.

The meals plated and drinks served; despite undoubtedly painting a crystal-clear picture of the number of feet guesstimated to have passed through local casinos’ entrances throughout the course of the 12 months; only represent 17.2% and 8.5% respectively of the overall gross income for the mentioned year. The main revenue trophy went once again to gaming, with casino games having accounted for the lion’s share of the revenue income at 35.7% - or $8.75 billion when talking actual dollars and dimes. Rooms came in hot on gaming’s heals at $6.44 billion, i.e. 26.3% of the total resort revenue generated across the board.

Should Gaming Be A Concern?

Interestingly enough, and despite Sin City’s obvious want in recent times of attempting to move away from gaming as its main income generator; with the most obvious motivation behind all of that having been the good sense to not store all of one’s eggs in a single basket as it were; there appears to be near-tangible confusion as to whether gaming’s increasingly more balanced share with other sub-sectors is a very good thing or something to be reined in on the quick with a solid yank.

The worry is that making up for less gaming revenue by hiking a variety of charges grouped together under the umbrella of “resort fees” may ultimately end up doing the industry more harm than good. This is by no means an unfounded concern either. Guests are becoming increasingly more irate (let alone vocal about it too!) with having to pay as much as $45 in resort fees a day at some of the Strip’s higher-class venues. Examples of these include the Bellagio, Palazzo and Wynn.

The gaming board’s report has been met with its fair share of backlash, with some social media users having taken to the digital soapbox in order to express their disdain at casinos; in their opinion at least; having significantly cut the perks previously awarded to guests in the spirit of minding their own overheads.

The reality of the matter is that casinos are, contrary to popular belief, giving away more free food and drinks (comps) now than ever before.