Gamblers Flock To Vegas After 78 Day-Hiatus 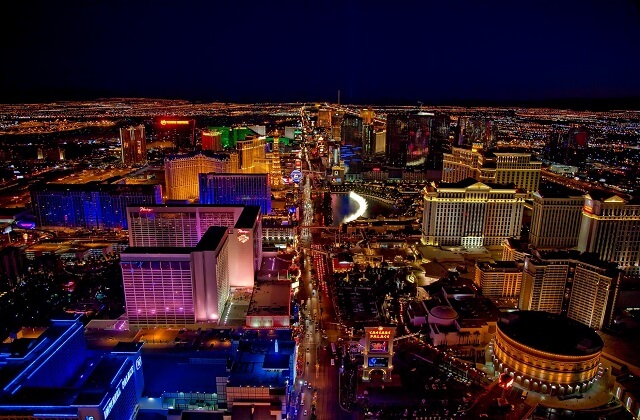 Vegas is back, baby! On Thursday morning Las Vegas casinos opened their doors for the first time since mid-March. And to say that 78 days of locked-up shop did a fair bit of damage is probably a gross understatement. Even so, the majority of casinos did end up pulling through and on Thursday appeared ready and very willing to welcome back their customers. Some casinos in Downtown Las Vegas showed an eager resolve to return to some semblance of a Vegas-normal by having opened their doors at midnight and to the light of virtual fireworks displays.

The world-famous fountains at the Bellagio were turned on in celebration of the long-awaited re-openings and delivered a personalised water show. Casinos did indeed have much to celebrate. Sadly, convention halls, concert venues and nightclubs remain closed until further notice from government.

No Lack Of Support

According to a report by a prominent news broadcaster, gamblers appeared every bit as eager as their favourite casinos to get back to the business of having fun. Casinos were apparently all throughout the hours of Thursday morning bursting with excited gamblers.

Even though the majority of casinos did manage to come to the reopening party, some operators had opted in on a staggered re-opening approach, instead of all venues open in one go. Casino giant MGM elected to open all but its Excalibur Casino, which is expected to get back to business as usual on June 11. MGM’s Bellagio, Grand, New York-New York and Signature venues all welcomed back their patrons on Thursday.

It’s A New Vegas After All

But even though Vegas appears to be back to normal, the current situation is actually far from business-as-usual, as a strict set of health and safety rules and regulations now apply. These are obviously crucial if the health and safety of players as well as casino employees are to be properly ensured.

All business safety protocols first had to be approved by local regulator The Nevada Gaming Control Board. Approvals were granted on condition of a number of health and safety standards having been properly adhered to. These include hand sanitizer stations strategically positioned and readily available all throughout casino floors, face masks to be worn by casino staff at all times, and physical distancing rules being adhered to inside all casinos and gaming venues.

Though at a limited capacity, Vegas can at long last begin picking up the pieces of – in the words of Wynn Resorts CEO Matt Maddox - an economy “in free fall”.