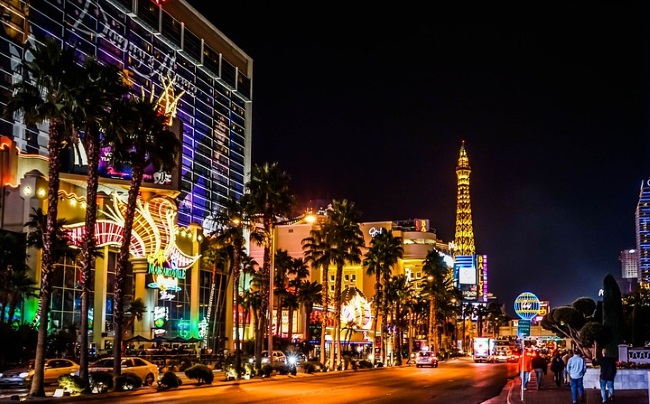 The benefits of cashless gaming are too many to mention and Las Vegas casinos appear to be catching on in a big way. The Palms Casino Resort, along with Red Rock Casino & Resort, were the first to gambling venues to have given Automatic Cashless Systems’ PlayOn product a go. The table-based auto-money ATM system makes it a breeze for players to withdraw cash and top up without having to interrupt play.

So popular an idea has cashless gaming become since PlayOn was first rolled out, that more and more Vegas casinos are expressing an interest in the cashless payment system. Golden Entertainment’s The Strat is apparently the next big name to have embraced the system. According to Golden Entertainment Vice President of Gaming Development and Technology Jay Fennel, the brand’s interest in PlayOn is rooted in wanting to offer to players the best possible gaming experience. What this generally means for players, is not having to get up from the comfort of their seats, pointed out Fennel.

What with Stations Casinos having already implemented PlayOn at its Red Rock and Palms venues, chances are the remainder of the group’s venues will ultimately follow suit. Not only does PlayOn imply convenience for the player, but a cashless casino society is expected to go a long way toward combatting money laundering in the industry for good.

PlayOn is about much more than uninterrupted action, according to Fennel. It’s a well-known fact that having to get up from a table in order to walk on over to an ATM, draw money, and make your way back, can really disrupt your “flow”, said Fennel. In this regard, it is all about creating more efficient play. And, pointed out Fennel, it helps a great deal not to have to lose one’s spot at the table.

PlayOn is about more than just another casino payment system, according to Casey Clark, who is the Senior VP of Strategic Communications for the American Gaming Association (AGA). Clark is of the opinion that by implementing a cashless system, casinos are merely playing catch-up with what various other major industries have been doing for quite some time already. Innovation is what PlayOn is actually all about, believes Clark.

What’s more, PlayOn is perfectly in line with what the AGA is currently focusing on, being modernised payment systems. Customer choice is at the centre of what modernised payments are all about, concluded Clark, because of the fact that the auto-systems open up a world of options as to how players prefer to pay for entertainment.

Be a WINNER anywhere, anytime. Sign up with an ONLINE casino NOW!