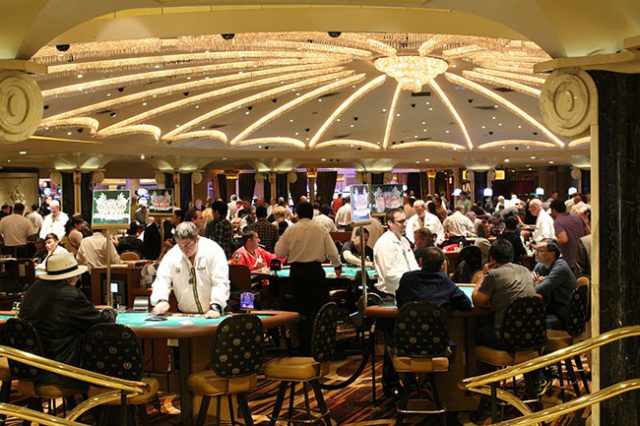 Last year was another record-smashing one for America’s commercial casino industry. Commercial gaming across over 20 states raked in more than $42.7 billion in gaming win during the course of 2018, according to data collated by the University of Nevada’s Las Vegas Center for Gaming Research.

Winnings rose by 3% last year over 2017’s gross win of $41.5 billion, which in turn was also a 3% increase over 2016’s results. Single-game sports betting outside of Nevada didn’t kick off notably until June, with more states gradually joining the bandwagon by regulating the activity as the year wore on.

The impact of legal betting was not immediately noticeable when looking at the nationwide casino win total, either, but this might change soon as new markets begin to mature and more and more states begin to legalize land-based and online sports wagering alike.

Currently, seven states in the US run commercial wagering businesses. New Mexico offers tribal-run betting services, and also gaming establishments that were not included in the $42.7 billion count. The tribal venues win around $30 billion per year (a market which is also growing rapidly), with large portions of those winnings being reaped from Florida and California.

There are also almost 30 states considering the legalization of sports betting this year. However, their individual markets and the nationwide win total will depend heavily upon whether or not online and mobile punting will be included in the mix. Only permitting brick and mortar bookmaking offices will put a significantly stricter cap on the budding markets.

Nevada is still America’s largest casino gaming market by a while, and experienced a strong 2018 to prove it. The state’s real money venues won $11.9 billion during the course of the year, demonstrating a 2.9% year on year increase. Sports wagering was the fastest growing offering at these properties, with state-wide sportsbook win growing a considerable 21% from 2017.

The so-called Silver State raked in about 28% of the entire US commercial casino win for the year, and is showing no signs of losing this dominance amid the burgeoning competition in neighboring regional markets, some offering betting as well. The recent Super Bowl handle between Nevada and New Jersey clearly demonstrated that the former is still king, especially in terms of tourism.

Among the US states with at least $1 billion in gaming win for 2018, a few saw gains of more than 3% over the previous year. They included New Jersey with +9.2%, Maryland with +8.1%, Illinois with +6.4%, Ohio with +4.9%, and Michigan with +3.1%. New Jersey also enjoyed its strongest year since the 90s in terms of gaming revenue growth, earning nearly $300 million in iGaming win and another $100 million in punting revenues for the year. Land-based gambling win for the Garden State also grew by 4% during the period in review.

If you LOVE gambling, sign up with Canada’s top casinos ONLINE today!