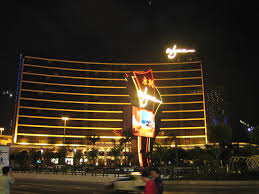 Throughout Canada, some of the best entertainment options are offered at the casinos. Many performers look forward to their casino “gigs” where they enjoy a positive relationship with an audience that is receptive to acts that include comedy, different music genres and more.

During the summer of 2016 Canadian casino-goers will have the opportunity to enjoy some of the best North American entertainment. A selection of these acts:

The Windsor Caesar’s Casino is home to the Colosseum, a 5000-seat theatre where performances include all genres of music, dance and comedy. Over the next few months, the Colosseum will host a number of top acts, including:

Martina McBride, an American country music singer and songwriter, will be appearing at the Colosseum on June 17th. Martina’s music has made her a popular solo female artist. She has several popular releases that include the #1 “The Time Has Come” solo and “Everlasting” album which was #1 country album on the charts. McBride has been named the Country Music Association’s female vocalist of the year and has been called the “Celine Dion of Country Music” in recognition of her soprano singing range.

Gavin DeGraw is a talented singer, songwriter and musician who will be performing at the Colosseum on June 21st. DeGraw’s debut album Chariot went platinum and his hit singles, including "I Don't Want To Be," "In Love With A Girl," "We Belong Together." "Follow Through," and "Chariot" propelled his album to #1 place on the digital sales chart and #7 on Billboard's Top 200 album chart. Degraw may be best known for his Safe Haven duet with Colbie Caillat, “We both Know” whichreceived aGrammy Awardnomination.

The Olivia Newton-John concert is expected to draw a sell-out crowd from among casino patrons and other ticket-holders who will come to the Colosseum to see her on July 21st. Newton-John is a four-time Grammy winner who has, to date, sold 100 million albums. Newton-John’s performances span the music spectrum with rock, pop and country songs that have won her numerous American Music, Billboard, Country Music and People’s Choice awards plus an Emmy.

The Hard Rock Café in Coquitlam, BC, located approximately a 30 minute drive east of Vancouver, showcases some of the leading Canadian and international entertainment — not only rock music, by any means. The Hard Rock Café casino aims to bring a high quality entertainment experience of casino guests and others who come to the venue to enjoy the performances. Some upcoming acts include:

Ghezaal Enayat and Sadriddin will come to the Hard Rock Café casino on July 16, bringing with them their unique Afghani music that allows listeners to experience Afghani culture and style.

The Fab Four brings Beatlemania to British Columbia in the Ultimate Tribute tour for hours of the best Beatles tunes and songs in an authentic atmosphere of Beatles fun and excitement.

For Manitoba residents the Winnipeg Club Regent ensures that locals and visitors will have access to the best in musical entertainment. The Club Regent Casino entertainment centre provides entry to individuals of all ages via the McPhillips Station Ticketmaster. Most of the concerts are Free Club Card members show presentations. Some upcoming performances:

Kim Mitchell and Sass Jordan will perform their unique brand of Rock and Roll on June 25th at the Winnipeg Club Regent. Mitchell is a singer-songwriter and guitarist who is best-known for his solo “Go for a Soda” in the ’70s. Mitchell holds awards for “Album of the Year” and “Male Vocalist of the Year” from his work in the ’80s. Today he can be found performing at festivals, performing arts theatres and casino entertainment centres throughout Canada. Some of his best-known hits include “Rock ‘n Roll Duty, “I am a Wild Party, “Patio Lanterns” and “Easy to Tame.” Jordan is a singer, songwriter and internationally-recognized performing artist who has sold over 1 million CDs worldwide. She performs with top artists including Alice Cooper, Aerosmith, and Joe Cocker.

The theatres and performances at the Canadian Casinos offer relaxing nights of fun but many gamers find that the shows distract them from their goal of experiencing casino gambling. For some people, a casino show is an integral part of the casino experience but for others it’s something that they could enjoy on TV or at a movie theatre. These dedicated gamers simply want to enjoy the thrills of gambling and the satisfactions of achieving wins.

For such gambling aficionados there is an alternative, in the form of the Canadian online casino. The online casino of Canada presents all of the gaming fun and excitement that a player would find at a brick-and-mortar casino venue but with none of the distractions or extra expenditures incurred from traveling, accommodations and performance tickets.

If an individual finds a show that he really wants to see, he can always go to the casino and just buy tickets to the show. But dedicated gamers, who simply want to experience fun-filled gambling activities that deliver real money prizes, have their games at the tips of their fingers at Canada’s online casino. The online casino offers fun-filled gambling pursuits for both PC and mobile casino players with game options that include all of the traditional table games plus lotteries, variety games and a slots room that’s full of three-reel classic slots and five-reel video slots.