Trying Out all Sorts of Slots Varieties 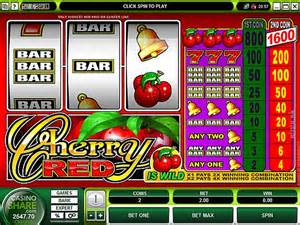 The five real video slot is the undisputed champion of the online casino. More people play slots games than any other casino games, and there are more slots games to choose from, by a long way. There are hundreds of games, all with outstanding graphics, great themes, and immersive features that keep players spinning and spinning.

But the five real slots is not the only game in town. There are numerous other slots varieties at major casino sites like All Slots Casino. In fact, the five real was not even the original online slots game to catch fire with the public. That honor belongs to the humble three reel slots, the first of numerous slots varieties that hit the early online casinos.

Find the biggest selection of slots games at All Slots Casino

Three reel slots games were essentially digital versions of the mechanical “one-armed bandit” slots that were popular in casinos. Also known as a Fruit Machine in some parts of the world, the game featured symbols like lemons and strawberries. It usually had just one pay line but sometimes as many as three.

Despite its simplicity, or possibly because of it, the Fruit Machine games still draw players even with competition from more complicated games. As usual, the classics have a charm all their own. And that principle holds true for the classic three reel slots game, which captures a nostalgia for the simpler days of the online casino.

A Cornucopia of Slot Types

It wasn’t long before the five reel slots with dozens of pay lines and bonus features appeared and conquered the casino. But even within the format, there is great variety. The themes vary distinctly, with some offering ongoing story lines and others offering whimsical entertainment. The next major development was the advent of the progressive slots game, which offered more than just first rate slots action. It also offered a chance to win the biggest payout in the entire online casino.

Progressive slots are just like regular slots, but with one major difference. When a player activates all of the pay lines, he or she qualifies for a chance at the progressive jackpot connected to the game. Whenever anyone plays the game anywhere in the world and doesn’t win, some portion of the money wagered on the game goes into the jackpot. And then, at random, someone hits the trigger and wins the entire prize.

Many progressive jackpots start a million dollars and keep growing and growing, so players who love to swing for the really big wins are naturally attracted to the opportunity. But just like slots themselves, hitting the random trigger depends entirely on luck, and it takes a special amount of luck to win a jackpot of that size.

Playing a Variety of Slots

Just as with online poker and blackjack, there are benefits to playing a variety of slots rather than sticking to one type of game all of the time. For one thing, most slots games are different in the details, not that primary principles. Some may offer pay line while others offer hundreds of ways to win. But all of them start with the pull of a lever and end with the symbols spinning, slowing down, and finally coming to a stop. How they arrange themselves determines if the game is win or not.

So playing a variety of games helps keep the action fresh and new. That’s true for variety within the world of five reel video slots, and it’s also true for switching off between five reels slot and three reel slots. Both have their charm. And when it comes to variety, both bring a fresh perspective to the game.

So for people who love the simplicity of slots, the element of pure luck that is increasingly coming to define the online casino, there has never been a better time to visit the online casino. There are games of all types and styles. The hardest part maybe choosing where to begin.