BCLC Goes All In On Trump Novelty Bet 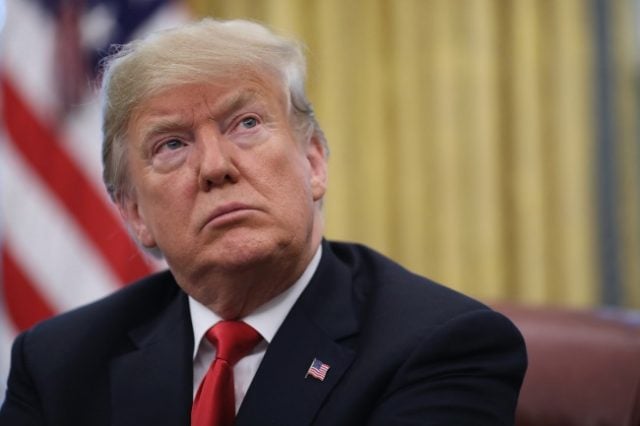 An unholy alliance between two presidents has now turned into the makings of a rather superb novelty bet. The BCLC is taking full advantage of the big whistleblower reveal involving US President Donald Trump and his Ukrainian colleague in office, President Volodymyer Zelensky. Whether or not Trump will be impeached is the question on everyone’s lips following the big US news break a little over a week ago. According to the information provided by the whistleblower, and supposedly backed by a transcript of a telephone call between the two leaders, Trump not only sought Zelensky’s input with regards to a probe of the personal affairs of opposition leader Joe Biden, but has supposedly also offered to throw a large wad of cash at the problem in order to gain a personal advantage in the upcoming elections.

Novelty bets, in addition to being great fun to play, also offer to bettors the opportunity to have their say in the matter, as it were. People often cite the absence of a public platform for the expression of opinion as a pet frustration. Thanks to novelty bets and the BCLC’s ability to identify an opportunity when it arises, folks are able to have their say about a matter of global importance.

Trump On The Wrong Side Of Odds

The charge of impeachment was instituted against Trump by House Speaker Nancy Pelosi (D-Calif.) and is based on the allegation that Trump had engaged in dubious means in order to achieve a political and personal advantage over his opponent.

According to the BCLC’s Matt Lee, bettors are particularly interested in voicing their opinions as to whether or not Trump will remain in office. The month of November may very well bring about massive change in the oval office and bettors are quite eager to offer up their two cents’ worth on the topic.

The odds of him remaining in office are currently hovering at 6 to 4. Anything can happen at any given time as the situation in the US continues to unfold, and according to Lee, it’s the force of volatility and the absolute uncertainly of the wage-game that makes this particular novelty bet to be so popular. And of course the fact that so many people hate Trump and really just want to have the opportunity to say so and be heard.

Boris Or Trump Out First?

Much of the same went down during the run-up to the final episode of the popular HBO smash hit Game of Thrones. Bettors really rallied it up mid-April in order to wager a guess at whom the ultimate leader of Westeros would turn out to be.

In addition to the Trump impeachment wager, bettors are also now afforded the opportunity to predict who will be the first to be booted out of office between Donald Trump and UK Prime Minister Boris Johnson.

Want to bet on politics? Sign up at Canada’s TOP sportsbooks!