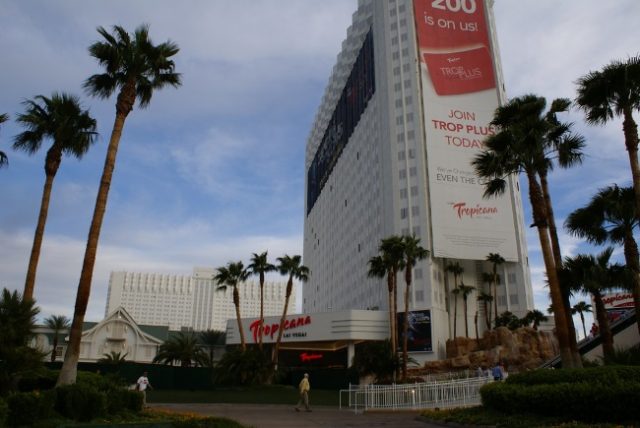 Described at the time by the Las Vegas Sun as “lush luxury, extremely good taste, warmth, intimacy and functional efficiency”, the iconic Tropicana Las Vegas first opened its stylish and lavish doors on April 4, 1957. Iconic in part, because of its development price tag, $15 million was even more of a fantastic price tag back then that what it would have been in today’s terms. This makes the venue that earned the nickname “the Tiffany of the Strip” not only one of the oldest, but also one of the most expensive venues in Vegas. And the best and biggest news of all? The iconic Tropicana Las Vegas is officially for sale.

If word on the Strip turns out to be true, the Tropicana may very well become the first casino to change hands in 2020. This is supported by the information released by current owners Penn National last November. Penn claimed at the time of its third quarter financial report release that there had been no shortage of interested parties in acquiring ownership rights to the legendary venue. Even though the Tropicana Las Vegas wasn’t officially for sale at the time of the announcement, Penn claimed to have received the types of offers that were “encouraging” as far as a decision to sell was concerned.

Penn To Pocket A Nice Profit

Word also has it that Penn National has identified a preferred purchaser and that it is currently engaged in a conversation that will see the property be off-loaded for a whopping $700 million. If the reported selling price is indeed on the money, then Penn National, on completion of a successful sale, will have raked in some $340 million in profit. Penn acquired the Tropicana back in 2013 for a smashing $360 million. Not bad going for a casino & hotel rumoured to have initially opened under what can only be described as having been under the hidden control of the “mob”.

At the time of the Tropicana’s initial debut back in the 1950s, its operations saw the supposed involvement of the likes of none other than big-boss Vegas gangster Frank Costello as well as underworld mob leader Dandy Phil Kastel. Much of what had been doing the rounds in terms of rumours at the time of the now-legendary venue’s opening had no doubt been no more than juicy conspiracy theories, but the “old gang’s” involvement is one of the suppositions that did indeed “pan out”.

No Word Yet On New “Owner”

The only issue that begs for clarification at this stage is who the likely new owner of the Tropicana will be. The sale of the venue may not have been “imminent” back in November but “who” instead of “whether” certainly appears to be the more relevant question to be asking as things stand at the moment.