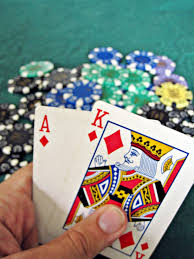 With all of the recent legal wrangling that has been going on in various Canadian provinces regarding the legality of various types of gambling, it seemed like it would be a good idea to clarify some of the issues.

Since the Canadian Criminal Code was codified in 1892 the Canadian government has tolerated gambling but in the 1970s the Canadian Government amended the Code to specify that gambling would recognized as legal — if conducted under specific circumstances. The law was amended again in 1985 to clearly state that each province or territory could decide to allow lotteries, casinos, horse racing tracks or other gambling entities within its domain. Slowly, the attraction of casino gambling spread and the provincial governments created their own statues which permitted different forms of gaming within their province. The provincial governments themselves didn’t operate the gambling facilities — they created gambling corporations to facilitate these activities under the auspices of each province’s Ministry of Finance. .

Today casino gaming, as well as betting on horse racing, lotteries and other gambling activities, are legal throughout Canada. Technically this holds true for the operation of freemarket casinos in Canada. Some questions remain.

An Overview and Some Facts about Canadian Gambling Today:

There are exceptions — if the player is under 19 years of age (the legal age of gaming in every Canadian province) he cannot legally play.

There is a question as to whether Canadians can legally gamble on a site that’s based in another country, but as of now, no mechanism exists that would effectively enforce this prohibition".

In addition, the Canadian gambling corporations are authorised to operate only within their province’s boundaries. This means that, if an individual crosses into another province, or into another country he no longer has access to his Canadian gambling corporation’s online casino account. So, for instance, if a OLG player crosses into Detroit, he won’t be able to play at the OLG site, even though he is a citizen of Ontario and has left the province only temporarily.

Canadian gamblers tend to be savvy when it comes to their online gaming activities. They know that they have many options and can tell you the pros and cons of each one.

Many casino gamers choose to play at the land-based casinos as vacation venues or for a night out. But the players who are simply want to enjoy relaxing gaming fun and excitement with real money wins can sign in and play from home.

The Canadian Freemarket casinos offer a convenient venue for interactive gaming. These casinos are online 24/7 so the gamer can enter his casino account and play at any time and from any location on his PC or mobile device.

Players who are looking at the bottom line frequent these online casino venues where the house edge is reduced by several dozen points, creating a more satisfying payout percentage than that of the land-based casinos.

The brick-and-mortar casino venues offer all of the card games, table games, lotteries and slots that gamers find online, but many players prefer the Internet casinos where the game variations — which can include hundreds of game options — offer more of a choice

An additional consideration regarding which venue to play involves the casino bonuses. Land-based casinos generally offer limited bonuses that are limited to points for casino eateries, entertainment and accommodations. At the Internet casinos the bonus prizes include cash rewards and other real-world give-aways.

Canadian gamers can enjoy the best of both land-based and brick-and-mortar casino gambling, thanks to the wide range of gambling opportunities offered.