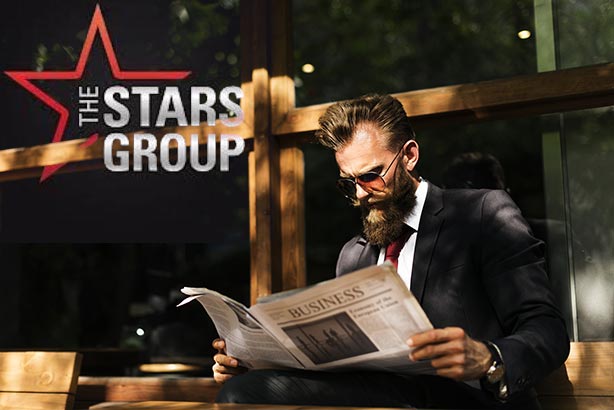 Canadian analysts have praised The Stars Group’s ‘impressive momentum’ in Q2 this year, which was driven by a busy period of mergers and acquisitions. The news of the Group’s second quarter success has come after the operator behind PokerStars and Full Tilt revealed a notable 35% year on year rise in its Q2 2018 revenues.

In a recent trading update, the Toronto-based firm revealed that it brought in sales of over $412 million in the three months ended June 30, 2018. The firm’s EBIDTA (earnings before interest, taxation, depreciation and amortization) also increased by 15%, reaching $168 million during the period in review.

CEO of The Stars Group Rafi Ashkenazi commented that the results have demonstrated his company’s on going growth, especially in the realms of its international businesses. Analysts have also praised the firm’s international segment, across which revenues grew by 15% to $350 million across all major divisions. 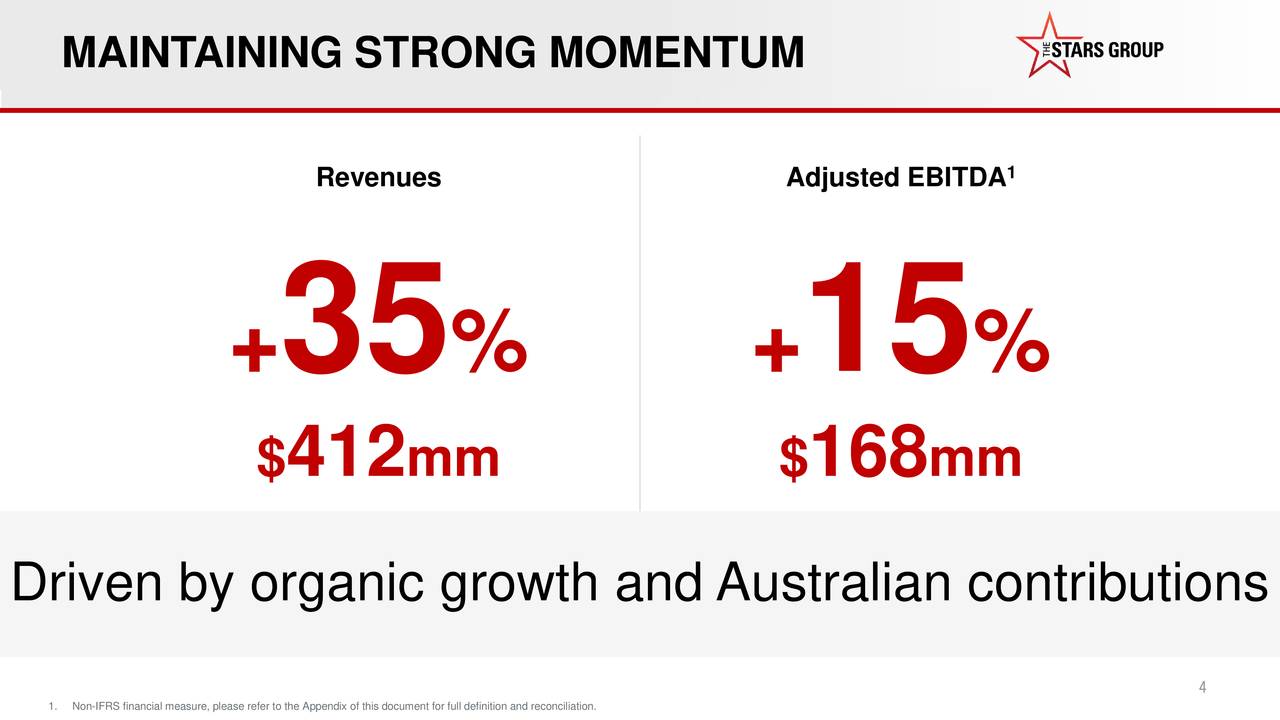 According to Regulus Partners, given the Group’s M&A activity so far in 2018 (including the purchases of CrownBet, William Hill Australia, and Sky Betting and Gaming), the international segment seems to be its most significant balance sheet earners for the time being. The analysis firm noted that the Group’s rapid transformation prompted by acquisitions can be seen on its revised guidance, which showed an annualized G2 revenue run rate of $2.5 billion – 77% growth over the previous guidance.

Adding to their statement, the analysts noted that all of this revenue is regulated, and that most of it is generated by betting. Only a small proportion of it stems from poker. According to the firm, The Stars Group has transformed itself from its previous status as a regulatory risk, becoming more and more capable and profitable with each passing quarter.

CEO Ashkenazi also added that the continued growth of his firm’s betting and casino offerings, along with its 2018 acquisitions, has transformed its business and significantly improved the diversity of its overall revenue base. This base, he said, is now almost equally shared among all of the Group’s verticals, of which around 75% is locally regulated and taxed. 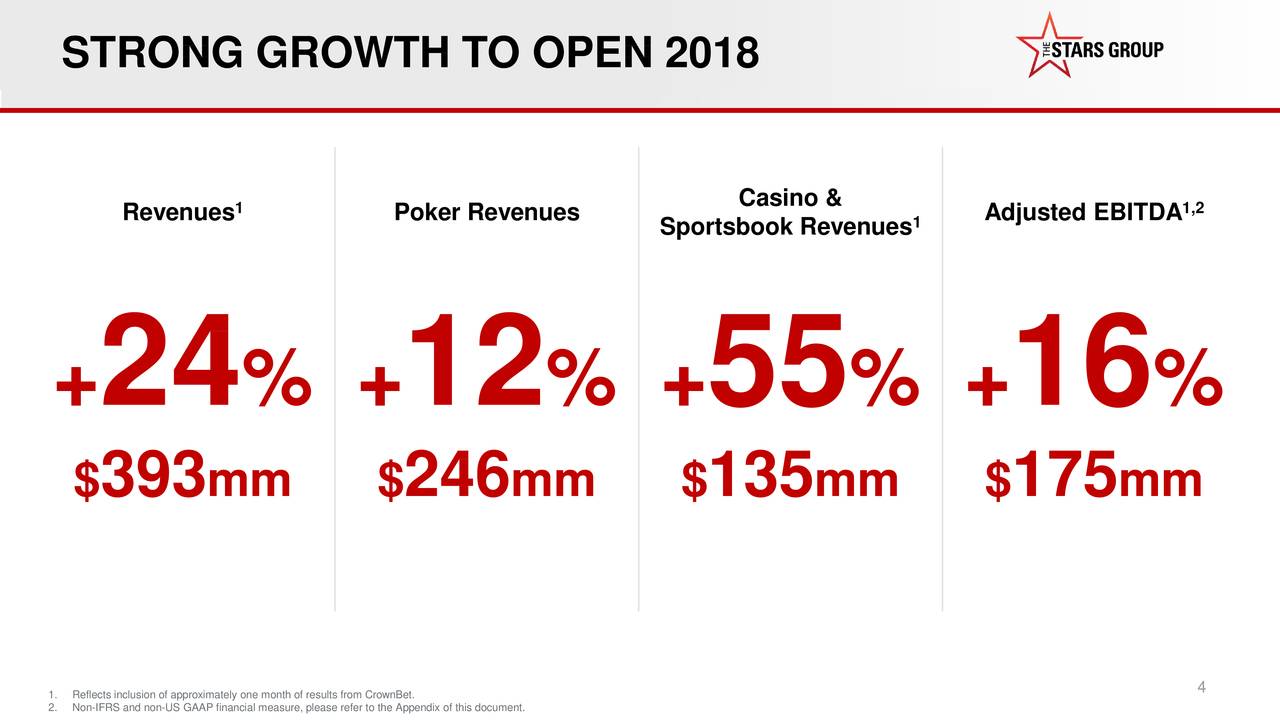 Powerful Position in US Market

The firm has now focused its efforts on the next stage of its transformation: integration. In the meantime, poker earnings grew by 7% to $271 million for the Group during Q2, while casino rose 26% to $102 million and betting, excluding Australia, grew by 5.4% to $20 million. Reflecting on the results, Regulus Partners intimated that these figures show impressive momentum, despite being largely driven by mergers and acquisitions.

The analysts also hinted that The Stars Group has a potentially strong position in the US market, considering the launches of sports betting services in New Jersey alongside an existing casino and poker presence in Pennsylvania. The firm’s bad actor suspension in Nevada will also expire soon, which paired with its operation of the US’s strongest online poker brand before, could spell big success for the native Canadian corporation.

There Are Thrills Every Minute Playing
at Royal Vegas Casino