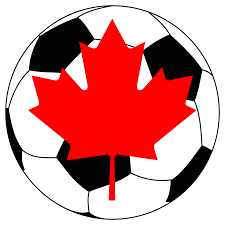 Betting on sports has been legal in Canada since the 1970s, but only those Canadian sites which operate under the auspices of the provincial Gaming Commissions may offer sports betting. These sites include land-based casinos and race tracks, and such gambling venues exist in almost every Canadian province, under the supervision of each province’s designated gaming corporation. Canadian provincial gaming corporations include

Sports betting is offered through these entities both at land-based sites and through their provincial lottery activities. Canadians can also place bets at offshore sites, such as online casinos and online sportsbooks. Wins from sports-betting is not taxable under Canadian Law.

There is nothing specific in Canada’s Criminal Code to suggest that it is illegal to bet online. However, it is not legal for just anyone to accept wagers in Canada. For example, a group or organization can’t simply set itself up as a sportsbook. The requirements involve meeting certain conditions, which explains why there are no Vegas style brick and mortar sportsbooks in Canada. Many Canadians even make a living betting on sports professionally with no interference from the government.

Vis a vis online sportsbooks, almost all sportsbooks accept bets from Canadians, with only a few sportsbooks who refrain from serving Canadian bettors. As of today, no one in Canada has been prosecuted for placing an online bet.The Canadian government allows online sportsbooks to operate in every province, so even without saying so directly, sports betting is, by default, legal in Canada.

Taxes on sports betting in Canada is a complicated issue. For people for whom sports betting is their primary income, the income must be declared. For individuals who have a full time job and engage in sports betting as a hobby, and for whom the income is not a primary source of income, there’s no need to claim it as taxable income. A tax accountant can clear up any questions or misunderstandings.

For sports bettors in Canada who want to bet via one of the provincial Lotteries or at a casino site, the only option at present involves team betting. A bill to allow single-sports betting in Canada has been languishing in the Parliament since 2012. The bill, which would repeal a section of the Criminal Code that prohibits betting on a single fight, sporting event race or athletic contest, passed the House of Commons but it hasn’t made it out of the Senate and patience is wearing thin.

The Conservative caucus forms the bulk of the opposition. Members of the caucus see the introduction of single-sports betting as one more immoral activity that the government would be sanctioning, and has equated the gambling with legalization of drugs.

According to the proposed legislation, each province would be allowed to makethe changethat would enable gamblers to bet on one game at a time rather, than the present possibility that only allows them to bet on multiple games.

Although the bill received unanimous consent from the House of Commons, the Senate has been able to prevent the legislation from becoming law. One supporter, Bill Masse, said “It reinforces the obsolete nature of the Senate and its total disdain for elected peopleâ€¦.It’s a windfall for organized crime. They will get more days where revenue will come in through bars, basements, backstreets and nefarious internet sites.”

According to the Canadian Gaming Association, Canadians spend $450 million a year on parlay — or multiple — bets and over $10billion on single sporting events.

In Ontario, Charles Sousa, the province’s Finance Minister, has called for the bill to be passed. He believes that it will create new sources of revenue for the Gaming Corporations which then use their revenues to support charities such ashospitals and education.

Car and horse racing are popular activities in Canada. Some of the biggest on-site race-tracks in Canada are the Woodbine racetrack in Ontario, just outside of Toronto, Ajax Downs in Ajax, Ontario, the Assiniboia Downs in Winnipeg, Manitoba and the Fraser Downs in Surrey, British Columbia.

Car racing venues in Canada with a large variety of auto-racing options include the Atlantic Motorsport Park in Nova Scotia, the Autodrome St. Eustache in Quebec, the Canadian Motor Speedway in Ontario and the Gimli Motorsports park of Manitoba.