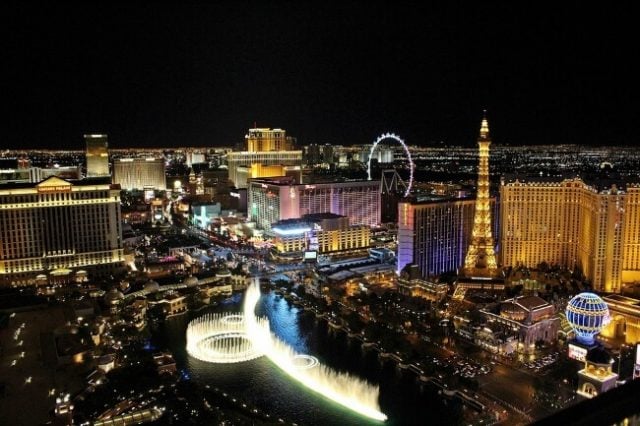 Nevada’s casino and entertainment industry is seeing constant green for the first time in a long time, and the industry showed an overall profit to the tune of $1.01 billion last month. On the Vegas Strip itself, however, the situation isn’t looking nearly as rosy, with gross gambling revenue down by almost 2 percent, all the way down to $591.7 million for the month compared.

The reason behind Downtown Las Vegas’ promising performance may have more to do with just gambling. According to the Las Vegas Convention and Visitors Authority (LVCVA), visitor volumes and convention attendances were up by 8.5%, and, says the organisation, it’s likely that this tendency is what was responsible for the general upswing.  As it turns out, it isn’t as much the High Rollers that are responsible for the region’s business boom, but rather the diners and the shoppers visiting Nevada in order to experience everything from Michelin star eateries to top-end boutique stores.

Baccarat Has Had A Big Influence

Baccarat, previously considered to be hot commodity table game on the Strip, experienced a revenue-decrease of as much as 26 percent. Betting volumes were down by as much as 18 percent, and so were wins. According to a senior analyst at the Nevada Gaming Control Board, Michael Lawton, last month marked the seventh time in eight months that Baccarat had failed to put up a proper performance, resulting in the game having digressed well into the red.

Not surprisingly, severe winter storms have had much to do with last month’s poor performance, and not just in as far as what the figures relate to Baccarat. The President’s Day Holiday Weekend is a high time for travelling to Nevada, this year’s severe snowstorms on the holiday made it impossible for anyone to make their way into Vegas, or for that matter; back out.

The fact that Las Vegas is no longer solely reliant on gambling revenue isn’t bad news at all, according to analysts. In fact, the fact that the region is moving away from gambling as its only source of income will be what ultimately saves the Las Vegas economy. Mark Vitner, an economist at Wells Fargo, recently commented on the local market in an interview with a prominent Vegas-based media page. Vitner said that there is currently a lot of concern about the global slow-down experienced by most world markets. This was something that was identified early on by local businesses in Vegas, and efforts to rebuild the local economy after the recession of 2008, are now starting to pay off in a handsome way.