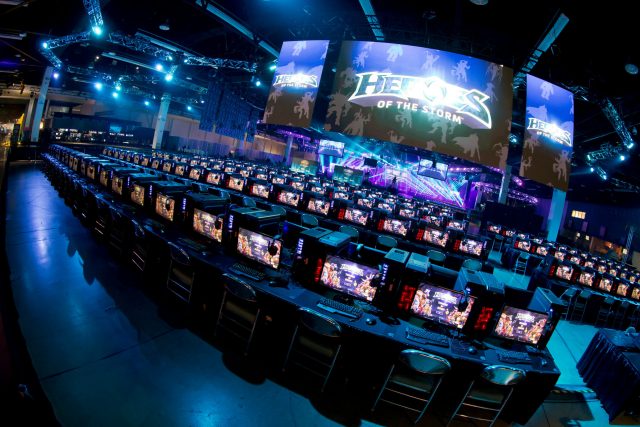 In the latest industry news headlines, local Canadian company Ubique Networks has teamed up with Sri Lanka Telecom (SLT) in order to launch a brand new eSports platform powered by blockchain. The agreement was officially inked on November 14 last year at the residence of the Sri Lankan-based Canadian High Commission.

SLT’s eSports Platform is set to be powered by Ubique Networks’ Swarmio technology. This is a decentralized gaming platform with competitive undertones, which will enable virtual sports fans to organize and play in competitions on latency-optimized servers. Swarmio is the very first third-party Dapp created using the firm’s Q Network, and services more than 25,000 eSports players across the world.

CEO of Ubique, Vijai Karthigesu, has noted that the SLT Platform will allow gamers in Sri Lanka to ‘raise their profiles’ to global levels. According to him, SLT is using the Swarmio platform and its Q Network to supply a strong solution to local Millennials. He also added that the company has further begun a project to construct a 5G mobile IoT (Internet of Things) for Smart Cities using the very same network.

5G Mobile IoT On the Way

The Q Network is a distributed computer system that has been purposely designed for real-time, interactive services. It uses proprietary networking solutions and latency optimizing technologies to funnel data traffic to points of need in real time, while AI is also in play.

Q Network’s core Dapp is called Q Node: a service that allows any player with a standard PC to hire out their excess computing resources. This essentially transforms their computers into small data centers that can serve as game server hosts, IoT servers, or even servers for video or voice conferencing.

When any user wishes to operate an application, Q Network’s routing tech chooses the optimal micro data center for the job, whether it’s a laptop, a desktop, or a tablet. The application can then be run on demand, based of course on where exactly the user is in the world and the app in question.

According to Karthigesu, his company’s goal is to build a hyper-connected computing network in which user-generated devices are easily linked with each other, thus delivering a new generation of interactive apps. In his words, his firm believes that future advancements in all sectors will be led by a ‘decentralized world’, which will be shared, run and owned by a strong international community.

Q Network, launched back in 2015, is the brainchild of a two-decade career in building Canada’s telco infrastructure framework, according to Karthigesu. It was created over three years thanks to a $7 million investment from the Canadian government and other venture capital companies. The company is now planning an ICO in order to decentralize its tech and validate the business model on a financial level.