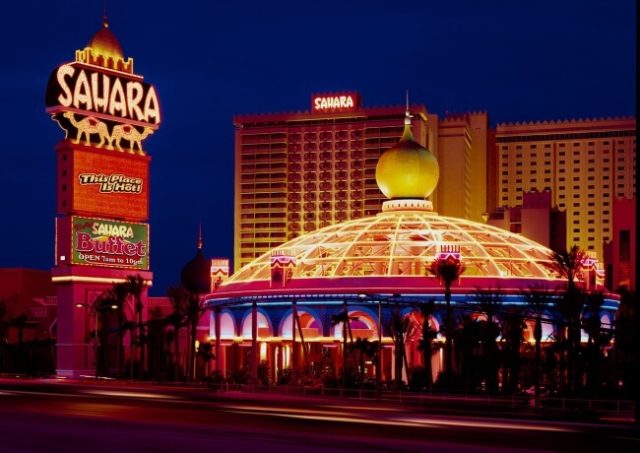 Investor Alex Meruelo was obviously interested in more than merely trying to save a sinking ship when he put down the cash to buy the SLS Las Vegas Hotel & Casino for an undisclosed sum of money back in April. With the deal now officially finalised, the Meruelo Group has changed the name of the venue back to its original name: the Sahara Las Vegas.

The Sahara Las Vegas was built back in 1952 and soon became the venue of choice for stars like Frank Sinatra, Jerry Lewis, Dean Martin and The Beatles. It was a true beacon of super-stardom, and the property group obviously wants to resurrect all of that. According to selectively revealed details about the deal, the real estate group purchased the 1,720-room venue from San Francisco investment fund group Stockbridge Capital.

Complete Make-Over On The Cards

The venue had managed to hold on to its original name until 2013 when its then owners had changed its name to SLS Las Vegas Hotel & Casino. Incidentally, this was also the year that witnessed the beginning of its many financial troubles. It would seem as if there’s really a lot more to a name than what one would actually think.

The Meruelo Group has since having acquired the venue committed towards spending at least $100 million on renovations. The group has made no secret of the fact that it hopes to restore the casino to the landmark that it once was and with a bit of luck and a lot of capital investment, capture once more something of the venue’s initial glory days.

Falling In Love With Vegas

According to Meruelo, success in the casino business is all about creating memories. The businessman told a local Las Vegas newspaper that the hope was that people would eventually exclaim, “my God, what an experience!”. According to Meruelo, it’s experiences that ultimately lead to memories being made. And memories made are why people return to a specific venue or experience. They will forever cherish special memories and also want to experience those memories over and over again.

Meruelo said that this had been the motivation behind the group’s interest in acquiring the Sahara in the first place. Its big enough to be bold, but small enough to provide the type of intimate experience that makes people to fall head over heels in love with Las Vegas in the first place.