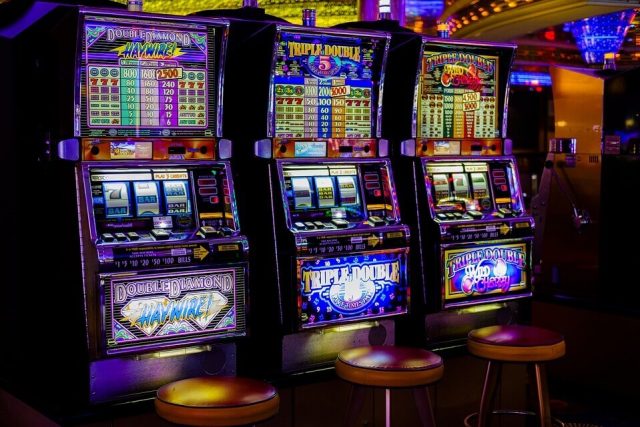 The gaming industry has certainly taken some interesting turns this year, both in Canada and in the neighbouring USA. However, one thing has remained relatively consistent: the growth of slots gaming at casinos in both North American nations.

Slot machine sales in America and Canada grew by a combined 15.7% during the second quarter of 2018 alone. These revenues are also growing despite an overall flat market performance in many regions of the two countries.

The Progression of Gaming Machines

These gambling machines have come along way since they were first introduced to the market during the late 19th century in San Francisco. The earlier machines boasted just three reels and a lever that players had to pull, giving them their notorious nickname of ‘one armed bandits’.

Early slots grew rapidly in popularity, popping up in bars and saloons across America and costing just a nickel to play. Payouts ranged from fruit-flavoured gum to cigarettes, and even the odd 10-nickel jackpot. Sadly, after the gambling and alcohol crackdown of the 20s, slot machines only reappeared again once they resurfaced and were declared legal in Las Vegas in the 50s.

Today, of course, these machines have changed dramatically. Boasting as many as 7 reels and hundreds of paylines, modern slots have a much wider range of bet limits, jackpots and bonus features for people to enjoy. The largest payout in Vegas’s history came to almost $40 million on a single spin – and although they don’t have the best odds compared to other casino favourites like blackjack or roulette, they remain the most popular game on the world’s casino floors.

According to researchers, the primary reason for the current increase in slots sales is actually because of new casino openings. This trend has come back with a bang now that Canada and the US’s economies have started to strengthen again, after many gambling establishments shuttered during the most recent economic recession.

Now that casino construction has started to surge again, it has come back in a big way. Two more casinos opened in Atlantic City this summer – the Ocean Resort and Hard Rock – and the new MGM Springfield and MGM National Harbour have also been performing well. Along with US properties, the Canadian Caesars Windsor has also managed to clear up a quarter-long strike, which deprived the casino of millions of earnings during the crucial summer months.

Something, however, remains unclear. It is still not known whether the growing prevalence of online gaming will affect revenues in the future, although it is predicted that online sites will eventually overtake land-based casinos altogether. Research shows that many players prefer gambling online due to the convenience factor, while other traditionalists still prefer the sights and sounds of a gaming floor in the flesh.

Do YOU want to get the reels spinning now? Play the top slots online and WIN!