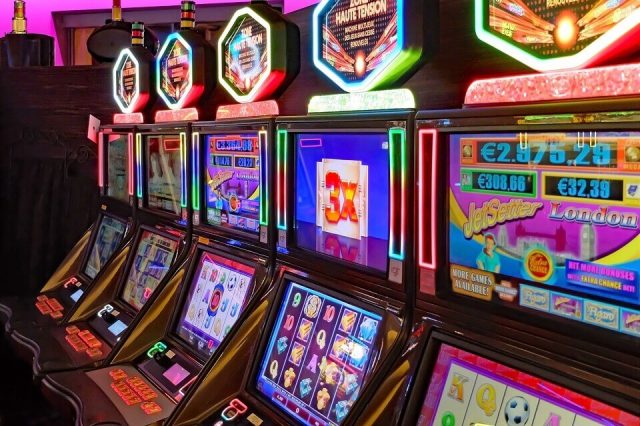 A new study published last week has revealed that the bright flashing lights and catchy electronic sounds that emanate from electronic gambling machines (EGMs) – also known as slot machines or pokies – could prompt players to take more risks in-game. This was also found to significantly increase the addictive potential of these machines.

Researchers from the University of British Columbia (UBC) have revealed that people are more inclined to make risky choices, and also to fail to interpret details about their chances of winning, when exposed to ‘sensory cues’ like colourful flashing lights and catchy sound effects. The situation grows even more complex when these sensory cues are associated with past wins.

Commenting on this, the study’s lead author Maria Cherkasova noted that her team found that a player’s choices were less steered by their odds of winning when casino-like audio and visual features were presented to them in the team’s lab-based gambling game.

Before this study was revealed, some animal studies also showed that specialized sounds and blinking lights that are accompanied by a reward lead to riskier decisions in the long run. Now, the pioneering study by UBC demonstrated that classic conditioning could also be applied to humans through mechanisms like the aforementioned sensory cues.

More than 100 adults participated in the study, playing gambling games in the scientists’ labs and being exposed to catchy electronic tunes and flashing lights that were designed to increase their desire to play. The results revealed that these audio-visual features could directly influence players’ decision-making abilities when playing on any EGM terminals.

EGMs, also known as slots, pair sensory cues with rewards to keep customers playing. Throughout the study, the UBC researchers developed a model combining the main principles of two kinds of psychological conditioning.

Two Forms of Conditioning at Work

First, as mentioned above, there was classic conditioning, which is tied to observing the cues. On the other hand was operant conditioning, which focuses on the reward that a game offers in exchange for playing. The results of the combination of these two principles were examined by the scientists, especially in terms of how they target the brain’s reward system.

Aside from the sensory cue analysis, the study also looked at the so-called problem of ‘losses disguised as wins’. As the lead authors of the study revealed, these occur when an EGM player wagers on multiple lines on any given machine. This gives a player a chance to gain a reward, although it is actually smaller than the amount they wagered.

The results of the study revealed that a stimulus such as ‘losses disguised as wins’ could give players a false impression of how much they are winning, leading them to overestimate their winnings and underestimate their losses as they continue to bet on the machine.

Spin the reels and see if you can WIN! Play top class slots online.