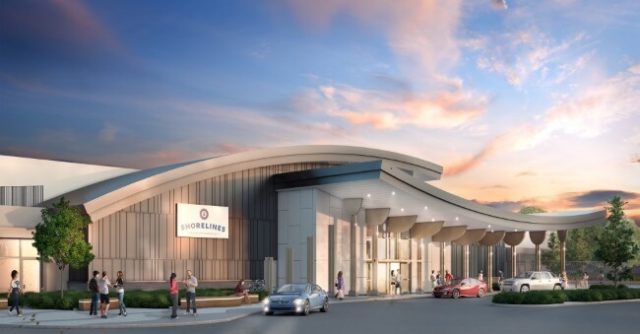 It’s payday for the Peterborough community and mayor Diane Therrien could not be more chuffed at having received the very first contribution from the Shorelines Casino Peterborough. In most parts of the gambling world, it’s become standard practice for casinos to plough a portion of their income over a specified period of time, back into their host communities.

The three months running from October to December of 2918 saw the casino earn CA$705,606 in revenue income, and a portion of this was handed over to the mayor on Monday by the Ontario Lottery and Gaming Corporation (OLGC), on behalf of the venue’s management. The community and its people had been looking forward towards receiving the contribution. The money will be put to good use in various projects in the area.

Contributions Put To Good Use

The MPP for the Peterborough-Kawartha region, Dave Smith, recently commented on the casino’s presence in the community and said that it was exciting that a cash injection could be expected in favour of the community and on a regular basis. Roughly 4% of all revenue generated by the table games will be re-routed to the community’s coffers every three months. These funds, according to Smith, will be used to improve the lives of its inhabitants, from finishing up large projects for which previously there had not been funding, or funding had been particularly slow, to aiding the various charitable organisations operating in the area. Local infrastructure is also expected to benefit from the cash windfall.

The city’s municipal coffers are also set to benefit. Until such time as Shorelines Casino Peterborough has reached the CA$65 million mark in income from the community’s support, an additional 5.25% of all revenue spent on slots will be donated to the city’s own coffers.

City officials will most definitely put the money received to good, and immediate, use. A tentative calculation has already been performed, and its estimated that roughly CA$4 million will be re-routed to the community by the time the casino has reached its own target. Good news indeed for the community and the town’s management.

Some of the funding has already been allocated towards specific community initiatives and projects. The Peterborough Humane Society is one of the organisations that will receive a slice of the profits. It’s expected that CA$400,000 will be donated to the society. The funds have been allocated towards additional funding needed to complete the new CA$9.5 million venue that will be located on Television Road.