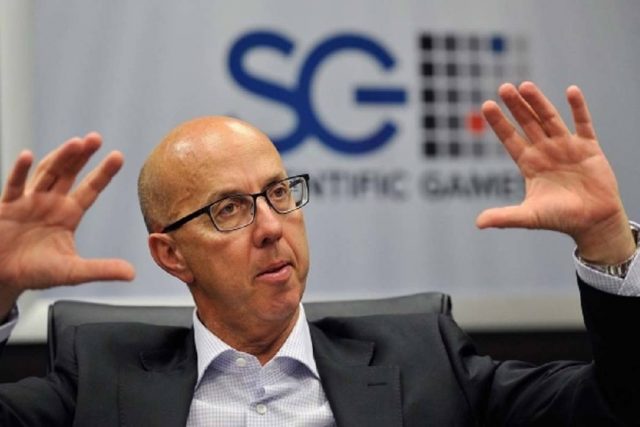 Some changes appear to be headed in the direction of Scientific Games Corporation’s internal management structure. Vice Chairman Gavin Isaacs has reportedly decided to step down from his position, as well as to relinquish his seat on the corporation’s board of directors. The company confirmed Gavin’s plans by filing a formal declaration of intent with the US Securities and Exchange Commission.

Isaacs had been with the company for quite some time, and in the position of VC for the last two years, after having been replaced as company CEO. Isaacs has tendered his resignation to be effective as from 3 December. Isaacs has not revealed much in the way of this own plans for the future, save to say that he planned to remain in the Las Vegas area.

Scientific Games, a top gaming equipment supplier, is obviously no longer sufficient stimulation for Isaacs. He revealed that he was currently working on his plans for the future, but that one of his main priorities would be to remain in the gaming business, which according to the Australian, he loves.

The Aussie is no newcomer to the gaming industry and its pretty much where he has worked for most of his successful career. He previously served in the capacity of Chief Executive Officer at Nevada’s SHFL Entertainment, a top-tier slot machines and table games manufacturer.

In his time as chief in charge of SHFL, from April 2011 up until November 2013, he oversaw the buy-out of Bally Technologies (BT) for a solid $1.3 billion. In an interesting twist of fate, Scientific Games (SG) ended up buying BT for $5.1 billion in 2014. Isaacs had at the time just been appointed as the new CEO of SG Corp, and oversaw the entire take-over process from start to finish.

He was without a doubt the best possible man for the job, having previously served as chief in charge at Bally Technologies too – admittedly during his younger years. Be that as it may, all in all, he has a gaming industry career spanning more than 20 years and will without a doubt be in a position to bring much to the table in terms of valuable operational experience.

Isaacs has every right to feel confident about his future in the gaming industry and will in all probability not remain unaffiliated for too long.

Get ready to WIN! Play the BEST casino games online in Canada NOW!