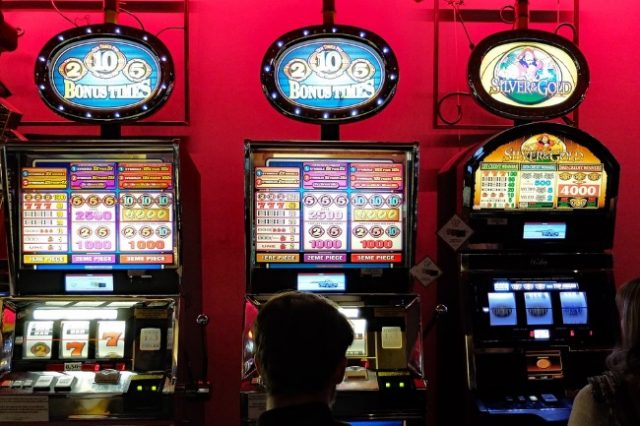 At least one casino patron will be more mindful of where she decides to take a nap in future, and law enforcement authorities have prompted all players to be alert when having fun at the slots or even at games tables. A 71-year old woman recently learnt this important lesson the hard way when she had fallen asleep at a slot machine at the Seneca Niagara Resort and Casino.

The woman had supposedly left her purse with some $900 in cash underneath her chair, so as to access it easily when needed. The downside was that it had obviously been easily accessible to a thief looking to steal her money too, because when the woman was woken up by a member of staff who had noticed that she had dozed off, she found the cash as well as some bankcards to be missing from her purse.

The woman immediately informed the staff member that she had been robbed. The casino’s security team then checked the camera footage and discovered that this had indeed been the case. The footage clearly showed a male person removing the woman’s purse from underneath her chair and then returning some minutes later in order to put it back again; obviously without the loot.

The man had obviously decided not to take any chances and had, after having taken the purse, disappeared into the casino’s restrooms, obviously in order to inspect the contents of his loot. He obviously did not bargain on the fact that the venue’s cameras were installed just about everywhere, capturing footage from every conceivable angle. The footage clearly shows the man’s face and the images have since been provided to the police, who are now trying to bring the thief to justice.

Police have since once again called on players to be alert when engaging in games that distract the attention away from one’s belongings. This is especially important when one is carrying around cash, as cash is particularly tempting to criminals.

Free Alcohol May Be Coming Soon

Niagara Falls is a very popular entertainment destination and its expected to become even more so if Ontario’s Progressive Conservative government has its way. The new so-called “party budget” is up for review soon, and if passed, will allow casinos to offer alcohol to patrons at no charge.

Patrons are, more often than not, particularly fond of the free-alcohol perk and this will make the venue even more attractive than what it already is.