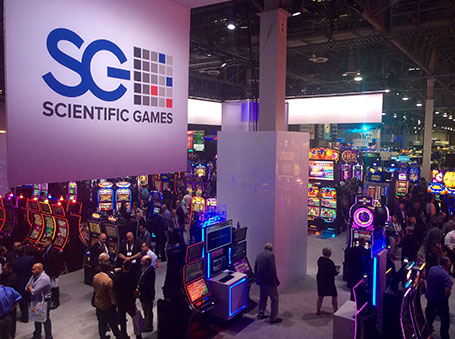 In August, when the news first made headlines, it was hard to fathom that a company the likes of Scientific Games could be accused of instituting frivolous legal proceedings relating to a patent for automatic card shufflers, in an attempt to control the market for card-shuffling technology. In fact, it made no sense that a top-tier company of their particular reputation did not perform the necessary care so as to not become embroiled in a US anti-trust legal battle.

But the reality was that it had in fact happened within the company’s ranks, and the corporation has now agreed to pay damages to at least one of the original three rival companies to have instituted the legal proceedings, being Shuffle Tech International.

In August of this year, a jury ordered that Scientific Games pay $105 million in compensation damages to Shuffle Tech, as well as attorneys’ fees and costs. The grand total came to a whopping $335 million. The figure to be paid has now been settled between the two parties at $151.5 million, a 45% portion of the originally awarded amount.

It will now be up to a Trial Court to make the settlement an official order of court. According to James Sottile, Chief Legal Officer at Scientific Games, the company believes the settlement to be fair and just and one befitting the crime, so to speak.

Defying The Means Of Justice

For those not familiar with the ins and outs of US law, antitrust law is made up of a number of state government and federal laws regulating the conduct of businesses and corporations in the United States, in an attempt to ensure free and fair competition between various entities offering similar services and products. The law is consumer-focused, and is sometimes also referred to as a sector of competition law.

Scientific Games were accused of having wasted the Court’s time by instituting legal proceedings for another reason than what the laws are intended for. According to the original lawsuit filed by the company, three rival companies, namely Shuffle Tech, Poydras-Talrick Holdings, and Aces Up Gaming, were being accused by Scientific Games of having used Scientific Games-owned technology in their own equipment. The three companies were being accused of having formed an alliance in an attempt to obtain a larger share of the market.

The Court ruled that this had not been the case, and a subsequent counter-claim was instituted against Scientific Games shortly after. Hopefully the company can now put the matter to bed for good.

Want to WIN? Seek out the biggest jackpots online and see if it’s YOUR lucky day!