Revival of the Casino of Montreal 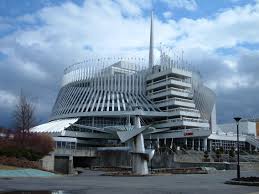 Building a casino generally involves a consideration of planned games, floor plan, locale and the other types of entertainment that the casino owners wish to offer.

In the case of the Casino du Montreal, Canada’s largest casino venue, much more was at stake when the project was conceived. The casino, planned to be set on the Notre Dame Island in Montreal, involved a massive renovation project. The island had been originally built up as part of the Montreal Expo ’67. Expo ’67 was a huge World’s Fair with pavilions that represented dozens of countries. Turning that site into a gambling venue required a great deal of imagination and creativity. Today, the legacy of Expo 67 lives on in the Casino du Montreal’s Infrastructure, architecture and art.

– Play your favourite casino games from home at AllSlots-

Expo 67 was conceived as a general exhibition that would be held to mark Canada’s centennial celebration. Over 60 nations set up exhibits and millions of visitors came to marvel over the feat of engineering in which islands were built to accommodate the pavilions. Expo 67 was seen as a major cultural initiative for Canada and it is still viewed as the most impressive World Expo ever produced.

After Expo 67 closed, many international pavilions remained open in a standing collection that was known as “Man and His World.” Man and His World stayed open until 1984 but by then most of the buildings — which had not been designed to stand beyond the original Expo — deteriorated. They were dismantled and most of the island was turned over to the municipality as parkland and for recreational use.

A few of the original structures from Expo 67 remained, but it took the initiative of the Casino du Montreal to create a functioning venue that would bring life and economy back to the area.

Provencher Roy and the Shooner Dagenais Letourneux architectural firms collaborated on the Casino du Montreal project. The project took four years to complete. The interior of the building was entirely gutted and remodeled to facilitate flow and quality of building and interior design. The project took into account the gamut of casino entertainment options including guest movement paths, eateries, game alternatives and other entertainment pursuits that the casino planned to offer. Renovating the 50-year-old French and Quebec pavilions was complicated but the results speak for themselves — the Casino du Montreal brings in hundreds of millions of dollars annually and provides jobs for hundreds of Montreal residents.

The casino has been renovated into three interconnected buildings, of which two were part of the Expo 67 — the French Pavilion and the Québec Pavilion. The third building is an annex that was built by the casino. The main building consists of six floors and the secondary building has four floors.

Some of the unique features of the casino include simplified space for recreational areas (bars and lounges) which are set around a circular hub that stretches across four level. Gaming areas are centered around a vertical column which is lit by aluminum slats. Panoramic elevators enable guests to easily move from floor to floor.

Budget eateries are located on the 5th floor for convenience — these eateries include fast food counters (Western and Asian), a buffet and an Ã  la carte restaurant.

Casino guests receive a set number ofpromotional credits plus seasonal promotions that they can add to their Casino du Montreal payouts. There’s a $5 bet minimum when playing games ofInteractive Blackjack for players who visit the casino on Tuesdays, Wednesdays and Thursdays from 5:00p.m. — 7:00p.m. This promotion can be collected by visiting Level 1 of the Pavillion de la France at any time.

Many of the casino’s bars and restaurants are located on the 5thfloor of the French pavilion. There’s a cabaret with lively musical entertainment that complements the eateries. Restaurant options include the Pavillion 67 Gourmet Buffet, Le Montreal Resto a la carte, the Ajia Comptoir Asiatique and the L’Instant Deli and Pates. Bar-goers can enjoy their drinks at the Brigade pub or may find what they’re looking for in the Poker Bar where they can order a few rounds of drinks over some interactive games of poker.

The Montreal casino is more than a gambling venue in Montreal. Visitors and local residents visit the casino for a chance to experience a wide range of performances with some of the best acts in North America. The entertainment is free and open to everyone. Weekend shows feature topCanadian performers who regale their audience with music, magic and other types of shows. There are classic, rock, jazz, blues, country and pop music performances, comedy acts, magic shows and more. The marquee often features performances by various ethnic performers.

Loto Quebec, the provincialLottery Corporation of Quebec, which operates under the auspices of the Quebec Ministry of Finance,is responsible for supervisingthe Casino Montreal in order to ensure that gamers experience safe and fairgaming events at the Casino du Montreal. The Corporation monitors all Montreal gambling activities. Corporation officials check the casino’s payout tables and random number generator on a regular basis.