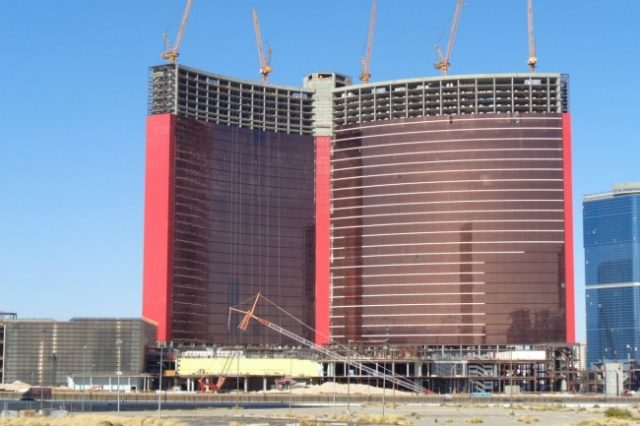 The Las Vegas Strip is getting its most expensive casino and resort venue in the history of Sin City. Resorts World Las Vegas will furthermore be breaking the mould in more ways than one as in addition to it being the most expensive and elaborate development that Vegas has ever seen, it will according to Resorts World President Scott Sibella, be generating at least 75% of its total revenue from non-gambling income and non-gaming spend.

Sibella elaborated on the decision to incorporate various forms of non-gambling entertainment and explained that the Vegas that is Las Vegas today, is very different from that of 50 years ago. Sibella said that although the Strip will always be the place to go to gamble, it’s very necessary for the industry to take note of the fact that not everybody visiting a casino resort are interested in playing gambling games.

Sibella said that essentially what is required today as opposed to what was required all those years ago when Vegas first became known as the gambling capital of the world, is a different way of thinking about entertainment; a complete and significant mind-shift, if you will.

Sibella and Malaysian casino group Genting may be onto something significant, after all. One only has to consider the various venues to have been forced to close up shop on the Strip in recent years as a result of not having generated the type of income necessary to sustain entertainment businesses focused mainly on a single aspect of trade.

The development site that is to become the new Resorts World Las Vegas is rather case in point situated where the now-defunct Stardust Resort & Casino used to be. In a way, the development is very much a new redemption of some old ideas.

The Resorts World Las Vegas President also revealed some of what visitors may expect to discover once the new venue opens its doors early on in 2021. Sibella pointed out that the previous assumption that the entire venue would be Asian-themed is incorrect and said that there would instead be a display of specially selected Asian themes incorporated throughout the design and decor, but that it would not be a 100% Asian-themed deal.

The $4.3 billion development will feature a massive casino as well as a 59-story hotel tower. There will be a variety of alternative entertainment and accommodation offerings, with something to cater to the tastes of just about every want.