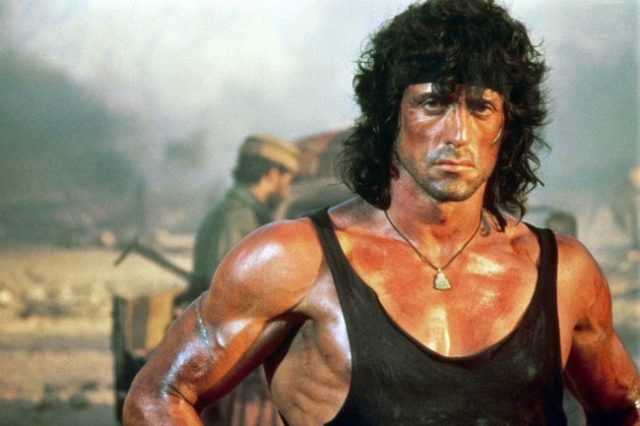 Players who are still mourning the demise of Playtech’s Marvel online slots finally can cheer up. New gaming provider Skyrocket Entertainment reportedly has acquired the rights to develop a series of games based on Rambo IV and several other big Hollywood movies.

According to reports, the provider’s CEO, Sean O’Kelly, signed a deal with Millennium Media president, Jeffrey Greenstein, after meeting at the 2018 Cannes Film Festival. The film company owns the rights to films such as Fallen and the Expendables. Game development is set to begin in May this year, and the first titles are expected to launch sometime in 2020.

O’Kelly said that the deal was not the only one made by the provider since its launch at the famous film festival. It had also been working hard to ensure its first games will reach as many players as possible. Thus far, next year’s launch of its first games will see them made available at more than 350 different brands that operate in Asia, Eastern Europe, Malta, the UK, and Russia and the CIS countries.

The Magic of the Movies

Given that most providers launch at international gaming conferences, Skyrocket’s choice of the Cannes Film Festival may seem strange at first. However, according to O’Kelly, the location was the best platform for a provider that hopes to license up to 100 different movie-related online slots every year.

The launch enabled him to network with various film producers, many of whom were interested to hear that hugely popular movie-themed slots are an excellent source of additional revenue. Several deals reportedly were signed; deals that included not only some of the most recent releases, but classic movies as well.

Millennium Among the First

O’Kelly said that Millennium was one of the first film companies to acknowledge the potential of the genre, and had given the provider rights to some of its most successful movies. Rather than simply being standard slots with themed symbols, the games to be produced are set to offer some unique experiences.

Presumably, this includes special game features as well as sights and sounds from John Rambo’s adventures in the Burmese jungle, and the Expendables’ quest to liberate a South American country from a crazed dictator.

What Happened to Marvel?

Skyrocket’s planned film-themed online casino games hopefully will last longer than Playtech’s slots based on various Marvel comics. They presumably will, provided family-friendly, anti-gambling Disney does not buy the rights to any of the movies, which is what happened in the case of Playtech.