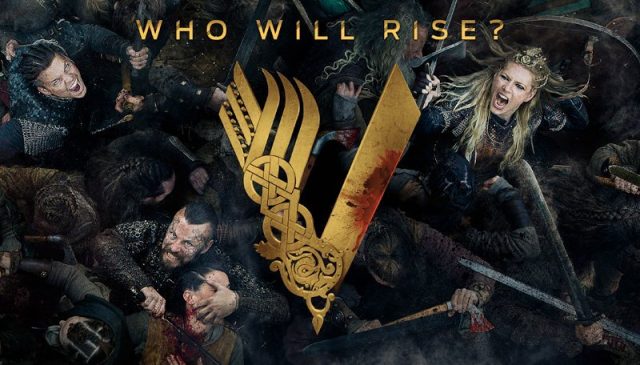 To celebrate NetEnt’s recent entry into Canada through a ground breaking deal with the British Columbia Lottery Corporation, the developer has packed its schedule full of exciting slots releases for local players.

Coming up this month are a few thrilling new titles, but none have garnered quite as much excitement as the Vikings online slot. Based on the smash hit TV series of the same name, the new title will officially hit NetEnt casinos on November 22, 2018, giving fans of the show something big to look forward to just in time for the festive season.

So far, the Swedish software supplier has released a sneak peek preview of Vikings on YouTube, giving everyone an idea of what to expect when the big day comes. Packed with epic fights, raids, marauders and fierce Norse warriors, the title uses stills and clips from the real show to portray all of the action against a gorgeous night-time backdrop.

The fun will take place across 5 reels, 3 rows, and 243 ways to win in place of the usual payline system. Scatter pays will be awarded without these special symbols needing to land on an active payline, and the Shield Wall feature will also add to your winning potential by giving you 8 mystery symbols at random on the reels.

The Vikings were all about loot, so the slot will also be appropriately packed with bonus features to help you bring home some lucrative scores. The Raid Free Spins feature will offer three hot spots on a mega reel set with 7 reels, 5 rows and a whopping 78,125 ways to win, adding both extra dynamism and huge winning odds to the mix. The hot spots are spaces on the reels that will transform into higher paying symbols and pay like scatters would, no matter where on the reels they appear.

Join All Your Favourite Characters

Betting in the Vikings online slot will start from just 0.20 a spin, increasing all the way up to 100.00 per spin for those who like to live on the wild side. Better still, your maximum possible payouts for a stake this high stand at an unbelievable 10,000x your bet – that’s as much as $1,000,000 on a single spin!

NetEnt’s highly anticipated Vikings adaptation also comes with a standard 96.05% return to player percentage, some unexpectedly colourful symbols, and all of the characters that you’ve come to love the most. Naturally, Ragnar, Lagertha and Floki will all make many appearances as stacked symbols while you play to keep things exciting.

As mentioned above, the new title will make its debut at Canadian casinos later in November. In the meantime, NetEnt has just released its Halloween-themed Halloween Jack slot in time for the spooky season, giving players something to enjoy until the exciting branded release makes an appearance.

Ready to get the reels spinning? See if you can land a slots JACKPOT online!